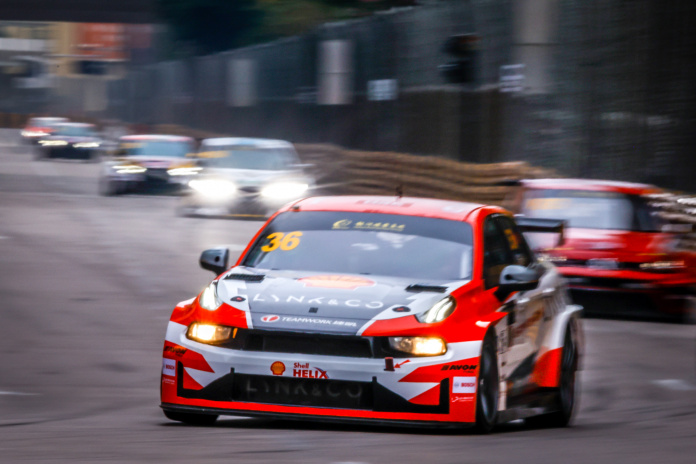 For a short period, however, it seemed like a local driver could have topped the Guia Race for the first time, with Filipe de Souza (Audi) managing to invade the Teamwork Motorsport team formation and climb to second in the first laps.

However, the winners of the 2021 TCR China quickly regained the podium positions, and after some shuffling Ma Qing Hua seemed poised for an easy win as he progressed followed by teammates Jason Zhang and Sunny Wong.

However, in the last laps of the race, Ma was suddenly struck by tire issues and dramatically lost ground.

Last year Ma lost a chance to win the race after British driver Rob Huff drove into his car at the Mandarin corner.

Huff was later stripped of a 10th Macau Guia race victory following a post-race penalty and handing the victory to Jason Zhang, the first time a mainland driver won the competition.

Before the final lap, Souza was also shown a black flag when he was running in fourth, having to abandon the race.

A black flag is displayed to drivers who have caused serious accidents or committed serious violations. No information was provided yet on the reasons for the black flag to Souza.