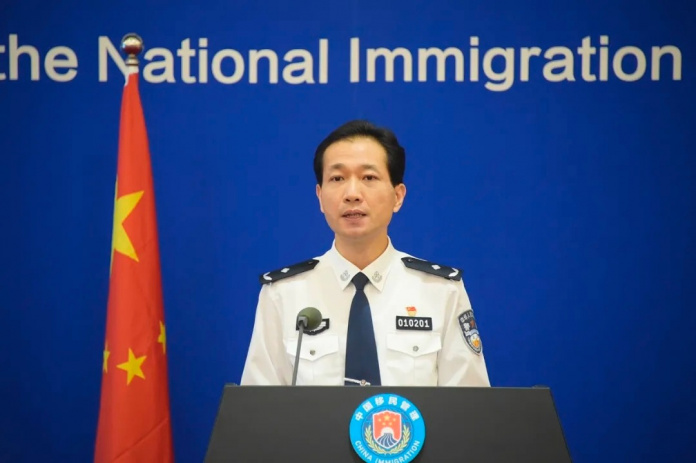 The China Immigration Inspection office today (Friday) denied recent accusations on Chinese social media about citizens’ passports being destroyed by border inspectors, and said that the government reserves the right to prosecute the “rumour makers”.

A Chinese citizen who recently came back from Bangkok by air reported on social media that he saw that some passengers on the same plane got their passports snipped by a border inspector at the Guangzhou port, after being asked whether they would go abroad again.

Meanwhile, some Chinese mainland netizens declared on social media that they were refused to leave the country with their Chinese passports being cut by border officers as well, even if they hold all the required supporting documents for the exit, and a permanent resident ID card from other foreign countries.

Another Chinese resident who holds a student visa to Canada, also reported on social media that when he tried to leave China he was questioned by the border inspectors about what he is planning to do in Canada, and if the Canadian school he registered for will conduct any offline courses.

After answering that he was going to take the language class first, with no offline class at the moment, the border officer cut his passport immediately and said there is no need to go overseas if no offline classes are required.

Regarding this issue, the Beijing Border Immigration Inspection Station announced today that in accordance with the Exit and Entry Administration Law, the border inspection authority has the right to confiscate passports that are forged, altered, fraudulently obtained, or declared invalid by the issuing authority.

In the statement, the Shanghai Inspection Office stated that since March 25, 2020, the Shangai Hongqiao Airport has suspended all international, Hong Kong, Macau and Taiwan flights, therefore the “false information” that appeared on the internet recently is not true.

Also, the Guangzhou Immigration Inspection office indicated in a statement that recent “rumors” on the internet have “aroused the worries among passengers and netizens”, and “disrupted the normal management order of the office”.

Therefore, the statement said the immigration inspection authority will reserve the right to sue against the “illegal acts of publishing false information and defaming the image of the border inspection agency”.

The Director of the Chinese National Immigration Administration, Xu Ganlu, announced earlier this week that the mainland government will implement more strict policies toward border entry and exit, including restriction of “non-essential exit activities” and reducing the issuance of passports and traveling permits to Macau and Hong Kong.

Earlier this year, the Chinese Ministry of Public Security conducted official meeting of combating cross-border gambling, and authorities pledge to advance the blacklist of customs entry and exit of persons involved in gambling and strive to completely destroy overseas gambling networks.

Some tourists who would enter Macau frequently have revealed that they were rejected by the mainland Customs to leave the Chinese mainland after the meeting, as they were suspected of engaging in cross-border gambling, even if they hold a multi-entrance visa.

Meanwhile, some tourists who hold a business visa said that they were asked to resubmit the information to explain the reason for visiting Macau.

In the first quarter of 2022, 14.6 million Chinese citizens exited the country, showing a 1.2 per cent month-on-month decrease and a 5.9 per cent year-on-year decrease, spokesperson of the Chinese National Immigration Administration, Chen Jie, announced earlier this month at a press conference.

Meanwhile, the spokesperson stressed that the government will continue to strictly review the issuance of travel permits and visas, and call for mainland residents to leave the country only under urgent needs or necessary reasons.