The Electoral Affairs Commission of the fourth Chief Executive Election announced on Wednesday night that the Special Regions incumbent Chief Executive Fernando Chui Sai On is the only candidate accepted for the coming CE election by the Commission. Chinese Medical Doctor Lei Kuong Un had submitted his nomination form with 110 signatures but the Commission found that none of these signatures were from the 400 Commission members. According to the announcement by the Commission, Mr. Lei did not appeal the Commissions decision by the Tuesday deadline. Consequently, Mr. Chui became the only candidate in the CE election. Mr. Chui told media yesterday that he is now collecting opinions on policies for the future five years. Nevertheless, he denied that he was a CE that acceded to every plea during his re-election bid. He said he is willing to listen to advice and that carrying out policies needs a scientific base, research and analysis. Mr. Chui was nominated by more than 82 percent of the Commission members. In the last election in 2009, he was also the only candidate and successfully secured the position by getting 282 out of 300 Commission members votes.

May 14, 2021
Brazil is joining the "Humboldt" fiber-optic cable project, a Chilean initiative to lay the first... 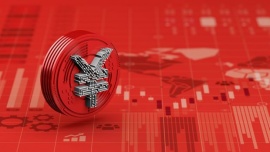