The COVID-19 crisis sent the gaming industry in 2020 to the lowest level since 2004 in terms of gross revenue. December’s MOP 7.8 billion performance was the best since the beginning of the pandemic, signaling a 16 per cent month-to-month increase. However it still only accounts for one third of what was recorded a year ago.

When January 2020 ended, few could have anticipated that the MOP 22 billion mark – accounting at the time for an 11 per cent a year-on-year drop – would be the highest gross revenue level for the whole year and perhaps for many more months to come. On January 22, the first two cases of the novel coronavirus were reported in Macau  and soon after the city would be in virtual lockdown leading to the unprecedented two-week shutdown of casinos in February. Macau became the first casino jurisdiction to close its casinos, and gaming destinations worldwide followed in the SAR’s footsteps and eventually suspended their gaming operations amid the pandemic.

It was no surprise that with tourist arrivals basically decimated, revenue took a dip to MOP 3 billion in February before further plunging into as low as 716 million patacas, a monthly figure only comparable with the pre-liberalization era. The over 90 per cent year-on-year continued on July and August and only reversed in October on the heels of the gradual re-issuance of the mainland Individual Visit Scheme (IVS) visas. Following the MOP 7.2 billion patacas raked in in October, “many expected December to be perhaps 50 to 55% lower than last year. In light of that recent projection, December’s 65% decline is a disappointment”, notes gaming strategist Alidad Tash, managing director at casino consultancy firm 2NT8 Limited.

This happens as a result of the recent further crackdown on VIP gaming by the Chinese government”, Mr Tash adds.

On the other hand, considering that November failed to sustain the MOP 7 billion base, seeing revenue reaching 7.8 billion in December can be regarded as something encouraging. “The final result of MOP7.8 b is obviously slightly better than our expectations and is a great way to finish off what is otherwise a pretty discouraging year”, underlines another experienced casino expert Ben Lee, managing partner at iGamix.

In 2020, the local gaming industry witnessed something akin to a perfect storm whereby the massive impact of the COVID-19 pandemic and crisis met a new wave of crackdowns on VIP gaming by mainland Chinese authorities as stressed by Alidad Tash.

What lies ahead is anyone’s guess. As put by Ben Lee, “the outlook for 2021 is pretty cloudy with a chance of thunderstorms along the way, meaning we are really unable to predict this year’s GGR with any degree of confidence due to a wide variety of uncertainties, ranging from the as yet unknown efficacy of the vaccines to the resumption of outbound travel overlaid with strong anti gambling signals from the mainland”.

For casino operators, the picture might not be as gloomy as it seems at first glance. The year’s last quarter results will be telling. “Once operators start reporting their fourth-quarter results, we should expect to see a far worse performance for VIP relative to mass gaming. The good news lays in the fact that VIP drags down the gaming revenues far more than it drags gaming profits”, as pointed out by Alidad Tash. 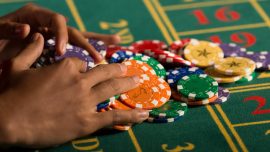 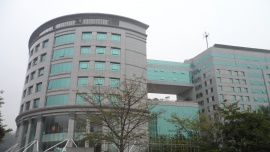 August 1, 2021
The Macau Special Administrative Region (SAR) government and the Office of the Commissioner of the...
Load more