A new housing type is now proposed for the ‘sandwich class’, to provide a more inclusive housing ladder for the city. Could this be the elixir to resolve the city’s housing woes?

Here we are again. After shelving a proposal about a new type of housing for residents who could not afford private homes but are not eligible for public housing in 2015, the new-term government, led by Chief Executive Ho Iat Seng, is now re-launching a similar plan, and this time with a more specific name —  ‘sandwich class’ housing. The new proposal has promptly led to an intense debate within the community about its pros and cons amid the soaring private home prices — albeit recent declines — and the shortage of residential supply.

Creating a new housing category, ‘sandwich class’ housing, has been what Mr. Ho has pledged since 2019 when he was running to be installed at the city’s top job. In his maiden Policy Address for 2020 unveiled in April, he envisioned five categories of housing for Macau, namely: social housing (public homes for rent), economical housing (public homes for sale), ‘sandwich class’ housing, housing for the elderly, and private housing.

Apart from ‘sandwich class’ housing and senior housing, which are still at the conceptual stage, the other three housing categories are fully established in the city. And the government has finally come up with more details about the former in recent weeks. A 60-day public consultation exercise on the ‘sandwich class’ housing was launched in mid-October, which the administration defines as a type of housing between private and public housing with the following criteria: its nature is private housing rather than public homes; there is a restriction period, in which these units could only be re-sold in the private market some years after they have been purchased; these flats should be bigger with better facilities than economical housing; and the price should be set at a level higher than economical housing but lower than private homes. However, these are all the clear definitions the 25-page consultation document offers, and the government invites the public to voice their opinions on other issues from the definition of ‘sandwich class’ to the eligibility of applicants, in terms of age, incomes and assets, residency status and property ownership status to the pricing, size, and resale restrictions of these units.

A member of the government-appointed Public Housing Affairs Committee, John Chan Ka Leong, is sanguine towards this new housing type in resolving the housing problems of the city. “The private property price level has been beyond the reach of many residents for years… dampening the living quality and happiness of residents,” Mr. Chan remarks, who is also the vice-president of the Macau General Union of Neighbourhood Associations. “As the nature of ‘sandwich class’ housing is also private housing, albeit some restrictions imposed by the authorities, this could help residents, namely the ‘sandwich class’, to achieve home ownership.”

“Residents now seem to have different expectations of the ‘sandwich class’ housing — for instance, some believe this could help the local youth and the newlyweds to get on the housing ladder, while some regard this category as the upgraded version of economical housing — so it is important for the authorities to carry out the consultation to help the community reduce their differences on the matter,” he says.

As the private housing price now averages about MOP10,000 a square foot while the economic housing is about MOP3,000-MOP4,000, the public housing committee member adds the pricing of the ‘sandwich class’ homes could be around MOP6,000. According to the Financial Service Bureau, the private home price of Macau averaged MOP100,750 a square metre in the third quarter of 2020, down by 9 percent year-on-year and 1.6 percent quarter-to-quarter.

Legislator Ella Lei Cheng, also approves the new housing proposal as a new choice for residents, noting: “Over 37,480 applications were registered for the latest round of economical housing [in 2019] that only offered 3,011 units, underlying the severity of housing problems here.” The shortage of housing supply in the past has been one of the major reasons she points out why the residential property market is now beyond the affordability of quite a few residents. “The government only provided a limited number of economical houses for application in the past decade, and as a result, the demand for economical housing has kept expanding while the private home price has skyrocketed,” the lawmaker pinpoints. In the 2010-2019 period, only 6,455 economical units were available for applications in three rounds, or just more than 645 units per year on average.

But she could understand some people have concerns over the new type of housing that this might stall the government’s construction progress of public homes given the track record of the authorities in public works. “Some are worried the government might get its hands full,” the legislator says. Acknowledging “the key to resolving the housing problems is the supply”, she adds the authorities should lay down a more detailed plan for public and ‘sandwich class’ housing in the future, namely the number of units planned for construction for each type of housing each year.

It’s not the first time the government has proposed to create a new type of housing for the ‘sandwich class’ in the city. A public consultation was carried out by the previous administration led by Fernando Chui Sai On in 2014 on a similar topic but the plan was shelved a year later. A government-commissioned research report by the University of Macau on the topic at the time, noted this new type of housing was not feasible in light of the limited land resources, which should be prioritised for building public homes for the disadvantaged groups in the community, and the difficulties in defining the ‘sandwich class’.

However, some critics have already lamented at the time the government used the consultation as a distraction from the real problem – the lack of housing supply here. During the launch of public consultation this time, the government has justified it was the right time to propose ‘sandwich class’ housing again, as it has accumulated sufficient land resources over the past few years through land reclamation and the repossession of idle land plots.

Not opposing this new housing type proposal, political commentator Ron Lam U Tou has recently remarked, though, “The major problem of the real estate market here is the lack of long-term housing planning. It does not matter how many types of housing [the government] comes up with, the key to the healthy development of the property market is the sufficient supply of public and private homes.” According to the official information provided during the latest round of consultation, it is estimated that only 3,011 economical housing units and 6,737 private homes will be completed in the next five years, while there is no timetable when the additional 28,000 public homes at the new reclaimed zone A and 6,500 units at Avenida Wai Long opposite to the Macau airport will be ready.

Provided the annual growth of the size of local population at about 13,000 in recent years and every three of them living together, the city requires a new supply of 4,000-5,000 residential units each year but the actual supply is only less than 2,000 units a year, Mr. Lam, president of local think tank Macau Synergy Association, illustrates. “This imbalance between the supply and demand… together with the stricter restrictions imposed by the authorities upon economical housing to dampen the market demand, has driven up the private home price,” he reasons.

A new version of the economical housing law has come into force since this August, and one of the changes is that homeowners are now prohibited to resell their units to a third party and the homes could only be resold to the government at the price of original purchase. The amended rules also increase the minimum age of individual applicants from 18 to 23. 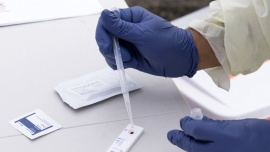 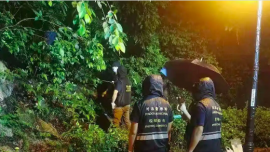 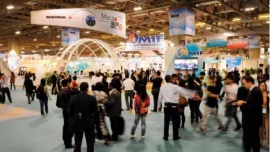