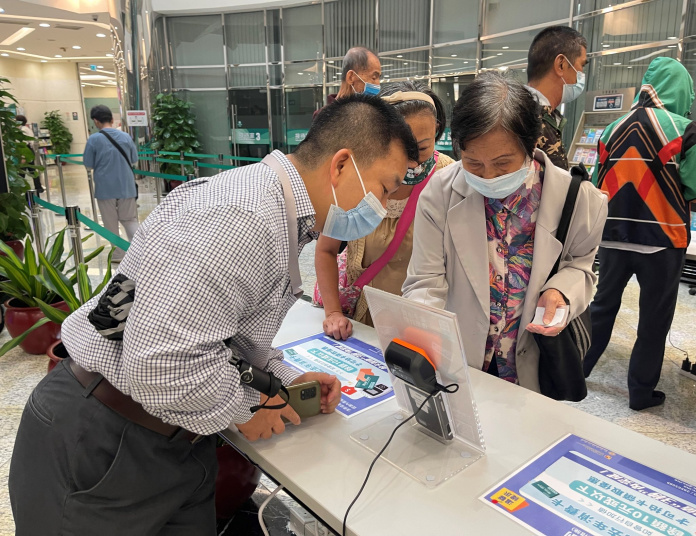 The e-consumer voucher scheme did not cause an increase in the inflation rate and the overall consumer price was stable last year, the acting director of Macau Economic and Technologic Development Bureau (DSEDT), Lau Kit Leon, indicated at a TDM Radio Forum show.

A new MOP5.9 billion (US$730 million) consumer e-voucher round has been rolled out from May 10, with MOP1.3 billion to also be provided in water and energy fee exemptions.

Secretary for Economy and Finance, Lei Wai Nong, has previously indicated that an evaluation would be carried out to assess if the scheme led to an increase in local inflation.

Macau’s annual inflation rate in 2021 was 0.03 per cent, showing a 0.78 percentage points decrease from in 2020, the director of DSEDT cited statistics from the Statistics and Census Bureau (DSEC).

This reflects that the overall consumer price was stable in 2021, and the two rounds of e-consumer voucher schemes implemented in the last two years didn’t lead to rising in the inflation rate, Lau stressed.

Although the inflation rate is expected to increase in 2022, the rise is not due to the e-consumer cards scheme, the director said.

The year-on-year inflation rate in Macau rose to 1.06 per cent in April, due to the increases in the wages of domestic workers and the prices of meals away from home, fuel, electricity and plane tickets, according to the report published by DSEC.

Meanwhile, Lau indicated that DSEDT and the Macau Consumer Council have carried out a total of price surveys on more than 125,000 items in over 12,000 inspections during the past two years, and no unreasonable price hikes have been found.

The director stressed that the authorities will pay close attention to the market situation and continue to strengthen the price inspection during the new round of e-consumer voucher period.

Lau also emphasized that the citizens can report “abnormal product prices” through the Consumer Online APP.