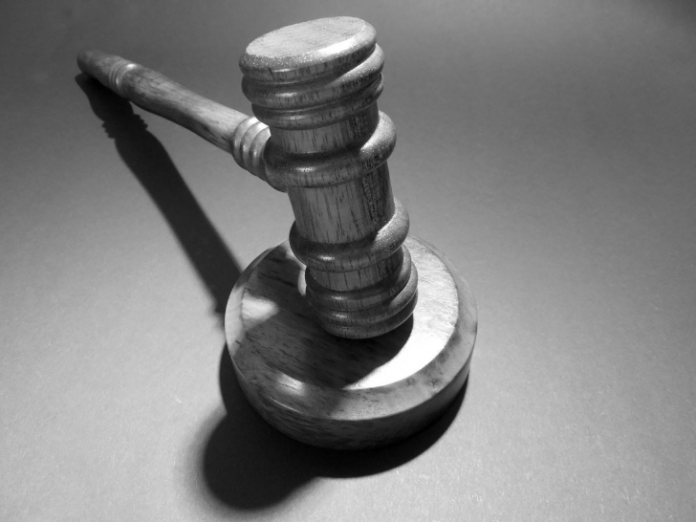 The Court of Final Appeal (TUI) has rejected an appeal by the Macau Union of Democratic Development to hold a public Tiananmen incident vigil on June 4, citing ‘offensive fighting words’ against the Chinese central government and pandemic prevention considerations.

Local police authorities had banned the city’s annual Tiananmen incident vigil for a second time, this year on the grounds that the event’s purpose and slogans would violate a series of local criminal laws, including instigating subversion and defamation.

After an appeal was submitted by the association led by legislators Au Kam San and Ng Kuok Cheong, the court has now ruled to not allow the vigil, with votes in favour of the rejection by judges Sam Hou Fai, Song Man Lei and José Maria Dias Azedo.

According to the TUI ruling, although the right to assemble and demonstrate” constitutes a “fundamental right”, no matter how “fundamental” a right is it may incur a “responsibility in exercising it”.

“In the event of a clash between ‘freedom of expression’ and the “need to protect honor” (or other right) it is necessary to verify whether if the free expression, in this case, reached the honor (or dignity) that the third party was due, and if it was ‘necessary’, ‘moderate’, ‘reasonable’ and ‘proportional’,’ the court ruling says.

“When the supposed exercise of the right to free expression, assembly and demonstration gives rise to what is called ‘fighting words’, that is, pure ‘aggression’ and (verbal) ‘insults’, publicly uttered or exhibited with a clear intention to offend, shock, hit, diminish, humiliate, belittle or scoff, of course, it is presented that those cannot be accepted, under penalty of having to admit ‘abuses and offences without limits”.

The court differentiated between censorship, described as “totally inadmissible” and the “accountability of people who go beyond the limits of their rights, exceeding them and harming with their conduct the rights of others”.

According to the court, to invoke the fundamental right to “meeting and demonstration” to cover and stage a “planned and deliberate attack and insult” to authorities, entities and institutions of the Central Government of the People’s Republic of China, “grossly violating the honour, dignity, respect and consideration due to them” was “clearly inadmissible and of necessary repudiation”.

The court added that the use of expressions such as “terror”, “massacre” and “slaughter” which implied the death of a large number of people with “cruelty and contempt” and with “intention of their extermination”, recalling “black episodes in the history of Humanity” such as “those occurred in Nanjing and Auschwitz” are “undoubtedly inadmissible in any kind of public event”.

Therefore these expressions were considered an evident “excess” in the exercise of the right for freedom of expression and a clear and direct “offence to the honour and consideration” of the third party targeted.

The court also insisted that the use of expressions “with the clear purpose of inciting, burning and instigating the public such as “opposition”, “combat”, “overthrow” was a conduct said to go “beyond what is acceptable” and would also go against the Constitution of the People’s Republic of China.

‘The much respect that the aforementioned “principle of continuity” deserves, it cannot, in any way, mean, or imply, considerations in the sense of allowing “impunity” and “irresponsibility” of abusive and offensive conduct (of explicitly criminal nature), even because, as is known, the practice, although continuous and repeated, of an “illegality”, does not transform it into “legality'” the court added.

The TUI also considered that the surrounding Covid-19 pandemic conditions that did not allow for the vigil to take place last year have remained identical.

As with a TUI decision issued last year to not allow the June 4 vigil on pandemic prevention grounds, Judge José Maria Dias Azedo issued a statement concerning the decision, expressing that a solution could be advanced in the sense of allowing the intended demonstration as long as all its “abusive and offensive elements” are removed.

Following the court decision, a statement was issued by the Macau government indicating that it “respects and backs” the TUI decision.

“The Public Security Police Force had decided previously – based on Law No. 2/93/M regarding rights of assembly and demonstration – to disallow the assembly, on the grounds it was illegal. The Court of Final Appeal ruling reaffirms that the proposed assembly contravenes articles in the Constitution of the People’s Republic of China, and also contravenes the Basic Law of Macao and the local Penal Code,” the statement read.

Authorities added that the members of the public should recognise that such activity is “illegal and endangers national security” and that in order to safeguard the constitutional order as stipulated in the Constitution and the Basic Law, and for the sake of “ensuring social harmony and stability” in Macau, the public should “refuse to take part either in any such illegal assembly, protest or demonstration”.

“The police will strictly abide by the principle of legality, and as always fully respect and safeguard the fundamental rights enjoyed by Macao residents regarding assembly and demonstration. The police nonetheless will proceed in accordance with the law regarding any illegal acts.