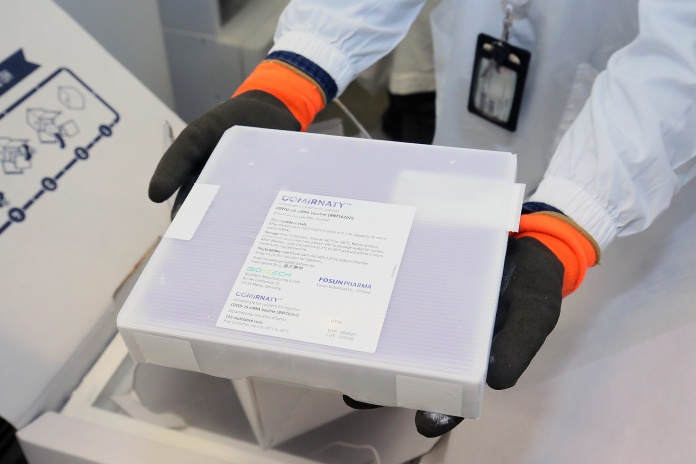 Health authorities have revealed that the international GAVI Vaccine Alliance has reached out to Macau to supply some 60,000 Covid-19 vaccines, however, since at the moment the SAR has already received both Sinopharm and Fosun/BioNTech vaccines, to avoid waste the same vaccines were later assigned by the organisation to countries or regions in need.

An extra 200,000 doses of vaccine were also ordered to the World Health Organization under the COVAX program, bringing the total ordered to 1.5 million doses.

“Given that the World Health Organization has given priority to countries and regions that are in a critical state of the epidemic of poverty, the arrival of these vaccines is expected to depend on the real situation at the time,” health authorities noted.

This weekend the first 100,425 doses of the BioNTech vaccine supplied by Fosun and produced in Germany have arrived in Macau, with vaccination to start on March 3.

A second batch will arrive later this month, with AstraZeneca vaccine only expected in the second half of this year.

A total of 600,425 doses of vaccines have already been received in Macau – 500,000 of them Sinopharm vaccines – a number considered sufficient for at least 300,000 residents to receive the necessary two doses of the vaccine.

The Sinopharm vaccine is recommended to people between the ages of 18 and 59, with inoculation to people over 60 not allowed by authorities, with that age group able to scheduled vaccination with BioNTech vaccines.

More than 14,400 people have already been vaccinated with the Chinese Sinopharm vaccine so far, with more than 32,000 scheduled vaccinations.

Health Bureau Director Lei Chin Ion said yesterday that considering that there are currently no cases in the city the number of appointments was satisfactory, but called on residents to get vaccinated as soon as possible.

In addition to residents, non-resident workers, students authorized to stay in Macau and prisoners will have free access to the vaccine.

The remaining non-residents of Macau, but legally authorized to remain in the territory, will pay the vaccine administration fee of MOP250 for each dose.

The Sinopharm vaccine is being administered in 12 health centres and at the Conde de São Januário hospital, but in the next two weeks, the administration of the BioNTech vaccine will take place exclusively at the local public hospital.

April 14, 2021
President Joe Biden sent an unofficial delegation of former US officials to Taiwan on Wednesday...

April 14, 2021
Eight months after a massive blast ripped through Beirut port and nearby districts of the...

April 14, 2021
After more than a year of frustration, diehard American fans of cruise vacations at last...
Load more