Telecom operator CTM “expects to be able to launch” commercial 5G mobile network services by the end of 2022.

The 5G network has been “fully operational and ready to work since June 2021”, said CTM, in a response sent today (Tuesday) to Lusa.

The entire territory of Macau may be covered by 5G services, “as soon as CTM obtains the necessary operating license”, said the company.

CTM underlined that the issuance of licenses was “considerably delayed” by the “modernization of the legal and regulatory framework”, which includes the revision of the telecommunications law.

Macau’s Chief Executive Ho Iat Seng said in November that the government would issue the first 5G licenses during the year 2022, although the new telecommunications law is not expected until 2023.

The official explained that the issuance would be preceded by an assessment, carried out by an independent entity, of the assets of the telecommunications operators.

CTM recalled that at the end of 2021, the Macau Government asked the Nanjing University of Post and Telecommunications to carry out a study on the development of the local telecommunications sector.

The company said it expected the launch of 5G to be accompanied by “the allocation of adequate, sufficient and reasonably priced spectrum”.

CTM also defended the end of the annual operating fee, adding that this would allow the operator to provide 5G services at lower prices than current 4G services.

In 2019, CTM announced that it intended to start 5G services in 2020. The company guarantees that, since then, it has invested almost MOP600 million (US$74.2 million) in the development of a “top-of-the-range” 5G network.

Macau remains the only Chinese region without 5G services.

CTM further confirmed that the company’s concession has been extended until the end of 2023, although the Macau Government has the option to terminate the agreement earlier, at the end of 2022.

At the end of the concession, CTM’s assets will revert to the State, excluding the investments made since January 1, 2022. 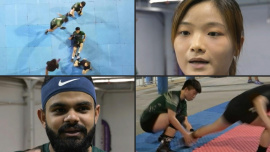