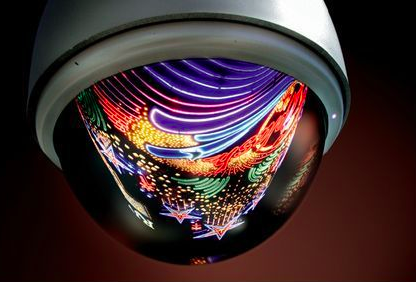 The Macau Unitary Police Service (SPU) has issued a statement where it indicates that data collected by ‘Eye in the Sky’ surveillance camera system will only be kept for a maximum of 60 days and then automatically destroyed.

Meanwhile, data collected as evidence will be recorded and collected by the police until the end of the investigation procedure and shall be destroyed within 30 days.

The SPU indicated that it plans to select 50 cameras from the first to third phases – set to finish in the first quarter of 2020 – and 50 other cameras from the program’s fourth phase – to finish in the second half of 2020 – that meet the necessary conditions – installation location, height, angle, pixel, performance, lighting – to be equipped with facial recognition capacities in order to test and assess its effectiveness.

Recently, the New Macau Association has requested that the planned testing of cameras equipped with facial recognition capabilities be suspended due to legal concerns.

In his statement issued today, the SPU reiterated that the facial recognition system is only intended to improve the efficiency of evidence collection procedures by police, stating that so far evidence collections from recorded images are only conducted manually.

‘This manual consultation procedure is time-consuming and costly in terms of human resources, which affects the progress of investigative work, thus restricting efficient police action […] After dialogue with the Office for Personal Data Protection (GPDP) studies and analysis, the police opted to test a ‘background’ face recognition system,’ the SPU noted.

This background system is described as not affecting the integrity of the ‘Eye in the Sky’ system because it will consist of a group of servers separate from this system.

‘Thus, the face recognition function is not installed in either camera. Background mode is primarily intended to support the police in the following work: 1) locate suspect individuals; 2) identify and confirm the identity of suspects; and 3) researching recordings of committing crimes and related behaviors,’ the SPU added.

According to police authorities, since this ‘background’ facial recognition system is not an integral part of the ‘Eye in the Sky’ system, notification to the GPDP is not mandatory.

‘However, the police will maintain close communication with the GPDP, presenting the chosen option and requesting an opinion prior to commencing testing on the facial recognition system,’ it is indicated.

The general use of video surveillance cameras in public spaces including the place of installation, the angle, the area covered and the technical specifications of the equipment, requires a favorable assent from the GPDP, with authorization granted for a two year period after which the police need to request the extension of the authorization.

In addition, notices are placed everywhere with cameras installed, so that people are aware of the locations that are subject to video surveillance.

Previously, the GPDP had also issued a statement looking to clarify misconceptions concerning facial recognition technology to be installed by police authorities in surveillance cameras.