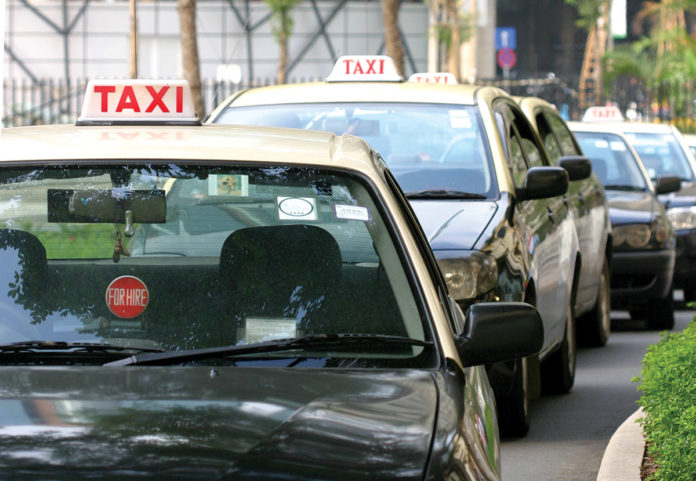 By: Paulo A. Azevedo

MB.tv, the online television arm of our group, has started to post Macau street surveys (www.macaubusiness.tv). Unlike the ‘scientific surveys’ the government says it undertakes and the public consultations about which nobody knows exactly how they are done or what their conclusions are – due to the lack of transparency – these surveys are very straightforward. We ask; people answer. Period.

The first one, inevitably, was about the problem of the so-called ‘black cabs’.

The Transport Bureau and the 3rd standing committee of the Legislative Assembly (AL) say there will be less tolerance of infractions committed by Macau taxi drivers.

But after all these years taxis continue to be one of the worst services Macau has to offer and nobody seems to do anything about it. People talk, complain, the media report just a tiny proportion of the cases – some of them outrageous – and the sector continues to operate with savage abandon. Do taxis enjoy their own self-regulation?

Legislators talk but appear indecisive while some thugs with driving licences continue to extort, cheat and threaten their fare-paying passengers. Some of them go as far as to lock passengers in their cabs and walk away, as revenge. It’s the return of lawless Macau, while the Secretary for Security seems more interested in making the city a cyber video game and reinforcing legislation against threats that nobody else is aware of.

The government was fast in protecting the taxi business by kicking out Uber instead of regulating the new transport platform – which, by the way, the general public was much more happy about – and closed the sector. By doing so and allowing an important service like taxis to run wild – with drivers with dozens of infractions continuing to operate – the strong suspicion is that someone is protecting something. And it is not the public interest. When will this sham end? When will making money by any means continue to be the only mantra some of our so-called leaders heed?

What exactly is the HKZM Bridge for?

It is difficult to understand the logic of the Hong Kong-Zhuhai-Macau Bridge from the perspective of the normal user.

The bridge should ease the need for transportation between the three cities involved. People as well as goods. Thus the immense cost, of which the public only have partial numbers. Tens of billions on a Superbridge for what exactly? For 300 lucky drivers from Hong Kong and 600 from Macau? Drivers who need to apply for annual quotas in a kind of lucky draw for which they will pay – according to media reports with any consubstantiate follow up, analysis and commentaries from third parties – less then HK$2,000 in the neighbouring SAR and an extortionate MOP30,000 in Macau?

Why, then, spend all those billions to build a 55km bridge if people cannot drive their own cars? The reason could be the fact that in each city there’s not enough parking if anyone could drive, since cars from one city cannot enter another. But then again, why build such infrastructure if changes are not made for the allegedly desirable integration of these cities within the different plans for a more integrated Pearl River Delta, Grand Bay Area, etc, etc.?

And just when you would expect public transportation could have more diversity with other operators, bus transportation is given to the same operator of one of the ferries, allowing an even more monopolistic approach.

Either we really cannot see the big picture – because information is scarce, released by drops and unfortunately nobody seems to care enough to talk out loud – or none of this makes any sense. It seems, again, a huge waste of money poured into an idea by someone who clearly had the power to make it a reality without fully comprehending or studying all the implications of such an endeavour.

The difference in the quality of governance is sometimes the way that some attach to old-fashioned concepts while others approach issues in a more pedagogical and less hypocritical way.

Let’s take up again the question of Macau and the casinos that feed the city. Macau continues to pretend that it does not have casinos, although gambling operators pay in many cases to those who make the policies in the SAR. Of course, we are not talking about anything illegal. Just buying services that belong to family members and the like.

So advertising casinos is still taboo, as if this were the way to resolve the less positive issues of the impact of gaming upon people who cannot avoid the worst that the addiction can bring. That is, when there are no ideas or education or projects that deal with the negative side of the game, the decision of less enlightened governments is always to prohibit. Not to close the industry down, of course. Just prohibit the advertising of anything directly related to the industry.

Others, however, reject this hypocrisy and their efforts to limit the collateral damage of addictions such as those that can be brought about by gambling are put into education and measures to support those who cannot control their addiction. Take the case of a country like the Netherlands.

A more elucidated society as to rights and duties. And as the photos prove, they do not restrain themselves from allowing economic operators to advertise themselves. They prefer to work on the message that is advertised and on the measures in place to prevent the less acceptable results of addiction and the illegal activities that feed from it.

In Macau, however – which has the name of a gambling hall in the midst of Amsterdam – we continue to pretend that there is no gambling, no incompetence, no corruption.