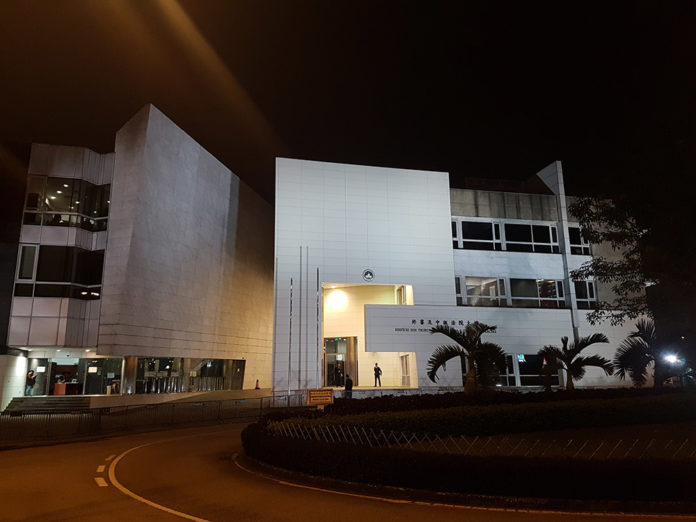 Candidates from the three pan-democratic lists in Macau filed an appeal with the Court of Final Appeal (TUI) on Thursday, expressing hope for judicial independence after the electoral commission banned them from participating in the parliamentary elections.

“I sincerely hope that Macau will still have judicial independence. That is my sincere hope… For our beautiful city, for our society,” said Sulu Sou, Macau’s youngest Legislative Assembly (AL) member at 30 and head of the New Macau Association, who this time, along with four other candidates from the association, saw his candidacy excluded from parliament for not being faithful to the territory and for not respecting the Basic Law.

To conclude that the list was not loyal to Macau, Sulu Sou explained, the police used images of vigils they had attended in memory of the victims of the so-called Tiananmen massacre and accused them of wanting to overthrow the state’s power.

Until this year, participating in Tiananmen vigils was a free act in the territory, ceasing to be so for the first time after the Court of Final Appeal ruled that the freedom of assembly cannot admit abuses and offences without limits and the government said it violated national security.

According to him, among other reasons for the rejection of his application, he was accused of colluding with foreign forces for having gone to Paris to meet with the United Nations Educational, Scientific and Cultural Organisation (UNESCO) regarding the preservation of Macau’s cultural heritage.

“They conclude that we have not defended and protected the Basic Law,” he said, referring to Macau’s minimal Constitution, which, among others, provides for the preservation of freedoms and guarantees of the population until 2049.

“This has seriously affected freedom of expression in Macau. Even a member of parliament cannot practise freedom of speech, let alone a normal citizen,” Sulu Sou said emotionally, adding: “To be honest, I do not even know if what I am saying now will be used as evidence for the police.”

Also leaving the court, the leader of Macau Democratic Prosperity Association, former member, Scott Chiang, whose second running mate is veteran member, Ng Kuok Cheong (who has been in the Legislative Assembly for nearly 30 years), told reporters that he had submitted the appeal to the TUI because he felt it was immoral to judge the system without trying to give the benefit of the doubt.

However, he mentioned that in recent years, they had sometimes seen that the courts’ opinion is aligned with that of the authorities.

“They mix anything outside the criminal law and try to punish dissidents and make them pay for it. As simple as that,” Scott Chiang said, stressing that they are trying to take away his civil rights as well as that of the voters.

Chiang did not believe in a reversal of the decision and said that this is not only about elections. It is also about freedom of the press and other freedoms in general.

In total, the three lists that appealed to the TUI on Thursday comprise 15 candidates.

Hours before the appeals were filed, Macau’s Chief Executive said he respected the election commission’s decision, explaining that China’s nationals must follow Chinese law following the exclusion of pro-democracy associated lists from running for parliament.

On Tuesday in Macau, Portugal’s ambassador to China said the country was following with great attention the exclusion of 15 pro-democracy candidates from the upcoming elections.

The AL comprises 33 members, but only 14 are elected by universal suffrage, with 12 chosen by indirect suffrage (through associations) and seven appointed by the chief executive.

The transfer of Macau’s administration from Portugal to China took place at the end of 1999, two years after China had regained sovereignty over Hong Kong.

In both cases, Beijing applied the “One Country, Two Systems” principle, which allowed the two regions to maintain the capitalist system and way of life, including rights and freedoms enjoyed by their respective populations.