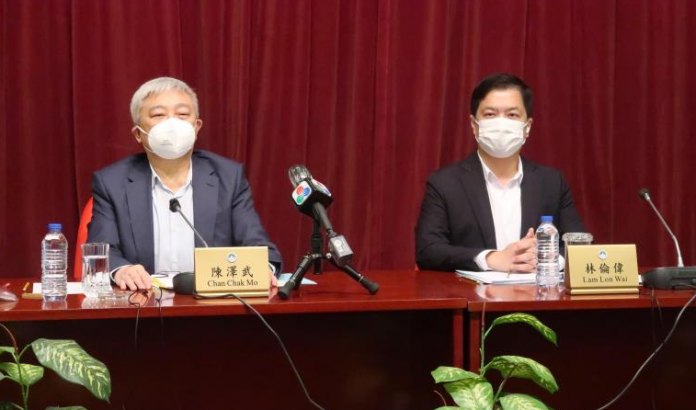 A new version of the separate gaming bill being reviewed by legislators indicates that if junket operators, sub-agents or managing entities fail to provide the SAR government with the information that is considered to be necessary for the authorities’ investigation, they can be deemed “not having suitability and financial capacity” for operating gambling businesses.

A “duty of collaboration” provision was dropped, which previously stipulated that any person or entity would have to provide necessary documents, information, elementsor evidence when requested by the SAR government, even if these documents are subject to the duty of secrecy.

The President of the Macau Lawyers Association (AAM), Jorge Neto Valente had earlier warned against the possible powers granted to authorities to breach professional secrecy included in the previous version of the bill.

The ‘duty of collaboration’ provision was removed because legislators deemed it “too broad”, Mr Chan told the media after the closed-door meeting held today (Tuesday) by the Second Standing Committee.

However, Chan Chak Mo indicated that junket operators, sub-agents or managing entities will have to provide the Gaming Inspection and Co-ordination Bureau (DICJ) and Financial Services Bureau (DSF) with the documentation that is considered to be necessary for the authorities’ investigation, and can be disqualified for the reason of not meeting the standards of “suitability and financial capacity” for operating gambling business.

Meanwhile, dismissal of employees conducted by junket operators, sub-agentsand managing entities will be considered as “unreasonable”, under the circumstances when they were ordered to suspend business operations by the Secretary for Economy and Finance, the Chan Chao Mo said in the reviewing session today.

The amendment proposed that if there are strong indications that junket operators, sub-agents or managing entities are involved in activities that may cause serious or irreparable damage to the public interest, and allowing the entities to maintain operations will increase the risk of continuation of such harmful activities, then the Secretary for Economy and Finance can order “preventive suspensions” of business for the entities.

According to Mr Chan, some legislators have suggested today that if companies decide to terminate the labour contracts with their employees in the case of “preventive suspension”, such actions shall be regarded as “unreasonable dismissals”, while government representatives have indicated the suggestion will be added to the bill.

Meanwhile, during the discussion session yesterday, the chairman of the committee noted that gaming junket operators and their collaborators can deposit money on behalf of the gamblers into the account opened by gaming concessionaires for depositing chips, cash or other forms of money that are used for gambling.

Last week, Mr Chan indicated that the new version of the separate gaming legislation would allow gaming concessionaires to provide gamblers with the service of reserving their chips, cash or other forms of deposits for gaming while prohibiting any form of interest gain from such deposits.

The amended version provided by the SAR government to the commission proposed that gaming concessionaires will be allowed to open independent accounts for gamblers to keep their chips, cashor other forms of money that are used for gaming, but the service must be subjected to legal provisions that prevent money laundering and terrorism.

No upper limit or deposit period will be set for the deposit, but the service provided by the gaming concessionaires cannot grant any additional benefits such as interest to the gamblers, while only the account holder can deposit and withdraw funds from the account.

Mr Chan also said that the second reading vote on the separate gaming legislation is estimated to be held in mid-November.

The separate bill, first revealed on March 31, will effectively replace the 2002 administrative regulations that governed the licensing and activities of gaming junkets.

The draftproposes that in order to obtain a license, companies engaged in gaming promotion—known as junket operators – willhave to hold social capital not inferior to MOP10 million (US$1.2 million), have a majority stake in the company held by a Macau resident, and not hold any gaming-related outstanding debts.

The bill only allows junkets to receive commissions and outlaws any agreed casino revenue split with casino concessionaires as their earnings.

October 7, 2022
His head haloed by a whirlwind of mosquitoes, Aamir Hussain stands on the roof of...