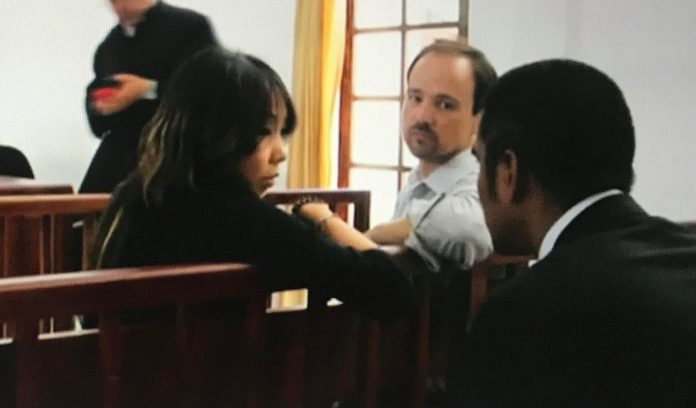 The Timorese Court of Appeal acquitted the Portuguese couple Tiago and Fong Fong Guerra, sentenced in 2017 for embezzlement to eight years in prison, with the decision possibly having an impact in a separate local money laundering court case targeting the former Macau residents.

The couple was also acquitted of any compensation to the Timorese state.

The ruling, which was unanimously approved by a panel of three judges and which was communicated to the parties today (Friday), determines the absolution of the crime of embezzlement, for which the Dili Court had imposed an eight-year prison term and the payment of an indemnity of US$859,000 (MOP6.8 million).

According to judicial sources contacted by Lusa, the court also orders the ‘unfreezing’ of the couple’s bank accounts and the lifting of all coercion measures that were being applied.

In the extensive judgment, which concludes a process that lasted two and a half years, the judges granted the defence’s appeal to the sentence of August 24, 2017, which had argued that the first instance’s decision suffered from more common “insanable nullities” in “undemocratic regimes”, based on manipulated and even prohibited evidence.

The couple was arrested by the Timorese police in Dili on October 18, 2014 and has since been prevented from leaving East Timor, with Tiago Guerra required to report weekly to the National Police of Timor-Leste (PNTL).

While awaiting the decision on the appeal of the Dili District Court sentence, maintaining their innocence and accusing the court of first instance and the Public Prosecutor’s Office of various irregularities, the couple fled to Australia, having arrived in Lisbon on November 25 of that year.

In the appeal, the defense presented 13 points of defense to the sentence, including “unauthorized interference in correspondence”.

“At the end of 15 trial sessions and after the judgment in question has been handed down, the defense notes, without any doubt, that this process suffers from various insurmountable nullities, some of which only happen in undemocratic regimes, which is not the case in Timor-Leste “, refers the defense appeal.

The text, presented to the Court of Appeal considers that there was “manipulation of evidence, use of prohibited evidence and valuation of it”, argues that there was unconstitutionality, that there was an omission to carry out the necessary steps to discover the truth and that there was “insufficiency of proven fact for the decision “.

The two Portuguese were tried for crimes of embezzlement, money laundering and documentary forgery. A transfer of US$859,000, made in 2011 at the request of the American consultant, Bobby Boye, was central to the case.

Boye was a consultant paid by the Norwegian government and later by the Timorese government, who was coerced into this process and who was, however, convicted in the United States where he is serving a sentence.

The couple’s flight caused some diplomatic tension between Portugal and East Timor, and was the subject of criticism from political leaders and civil society, with articles even demanding investigations to the Portuguese embassy in Dili.

That process is still ongoing at the Dili District Court.

The sentence may have an additional impact on another process that is taking place in Macau courts.

In this process, the couple and Fong Fong Guerra’s parents are accused of a crime of money laundering, in an action that, according to the defence, was based on the East Timor process and the rogatory letters following requests for information made to Macau.

February 23, 2021
HSBC on Tuesday vowed to accelerate its Asia pivot despite spiralling tensions between China and...

February 23, 2021
The Mexican government said Monday it had offered to cover the costs of repatriating the...

February 23, 2021
In a snowstorm on the Vistula River lagoon near Poland's Baltic coast, a special harvester...
Load more