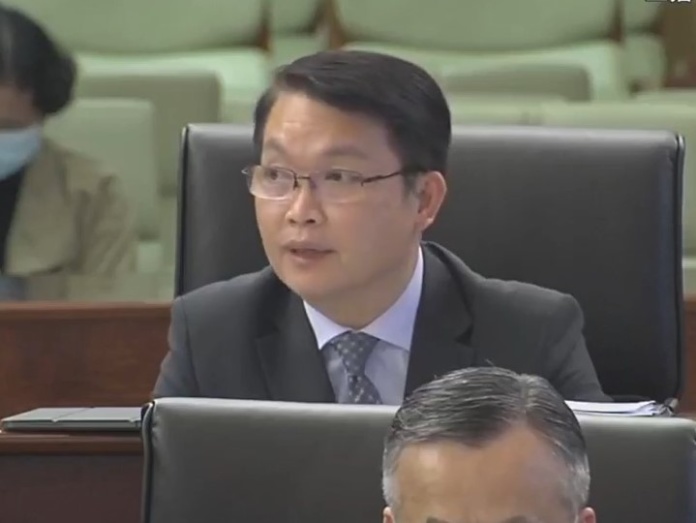 Secretary for Economy and Finance Lei Wai Nong has said that his team is looking at five ways to lift the Macau’s sagging economy next year, with some MOP46.6 billion (US$5.81 billion) worth of support measures up their sleeves.

The secretary attended a plenary session this afternoon at the Legislative Assembly to present his action plan for 2023.

In an opening speech, the secretary once again highlighted the country’s “strong support” for the city, saying that the fact that “Macau is on course for a good future in the long run” remains unchanged as a more “healthy and orderly” gaming industry would “turn a new page” for the city.

When pressed by legislators for details about particular measures to bolster a gaming-reliant economy that is currently battered by the Covid-19 pandemic, the official spoke of five directions for the government.

Hotel accommodation coupons and discount flight fares worth some MOP650 million have been planned to lure tourists from the Chinese mainland next year, Lei said.

The incentives will come as the government is striving to beef up efforts to associate tourism with other sectors, such as MICE, healthcare, academic research, and sports to create cross-sector synergy.

Meanwhile, the government will also dig deeper into their pockets to boost public infrastructure investment, with the Government Investment and Development Expenditure Plan (PIDDA) budget to reach MOP22.3 billion, up 20 per cent compared to this year’s MOP18.5 billion.

The economic stimulus also includes a fund of some MOP23.7 billion promised earlier this month for enterprises, employees and local residents.

Authorities are also looking to roll out more experience-focused events and activities in neighbourhoods full of traditional shops and startups to attract social-media savvy tourists, particularly the younger generation, to encourage them to spend money there.