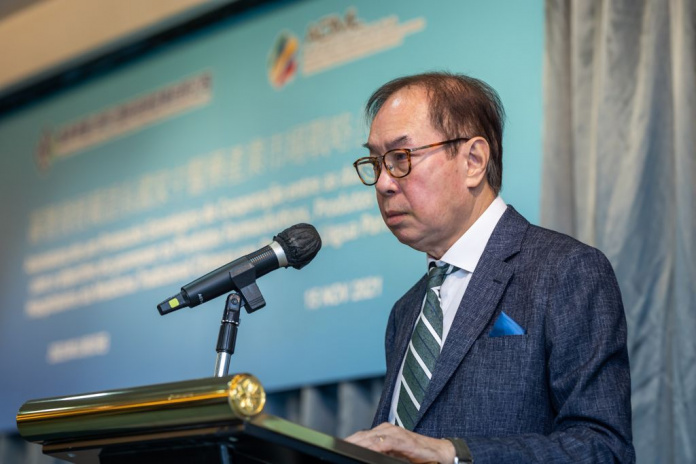 ACIML on Thursday opened applications for the first Portuguese course for business in 2022, in partnership with the Macau Center for Productivity and Technology Transfer.

In the first seven months of 2021 alone, about 200 people signed up for Portuguese courses organized by ACIML, said the association’s secretary-general, Latonya Leong Wai Meng, quoted by the local Chinese-speaking press.

Eduardo Ambrósio said that the courses have attracted workers from the financial sector, businessmen dedicated to international trade and lawyers, as well as some young people who have recently completed university courses.

The crisis in Macau’s biggest industry, gaming, has now made it “much more difficult” to find a job in the Chinese city, he lamented.

The unemployment rate rose from 1.7 per cent at the end of 2019, before the start of the covid-19 pandemic, reaching 2.8 per cent in November, with local companies still laying off almost 26,000 non-resident workers.

Macau’s economy contracted by 56.3 per cent in 2020 and has yet to return to pre-pandemic levels, with Macau casino revenues in 2021 showing a decline of almost 70% compared to 2019.

“There are people who were working in the casinos, but they are changing their business and want to know Portuguese to do business with Portuguese-speaking countries”, explained Eduardo Ambrósio.

There are opportunities both in importing products, “mainly from Brazil and Portugal”, and in exporting to countries such as Angola and Mozambique, defended the businessman.

More than 2,000 people have already attended the ACIML courses, which began in 2006, added Eduardo Ambrósio.

The Macau Government has defended a commitment to the role of commercial and financial services between China and Portuguese-speaking countries to diversify the city’s economy.

“I don’t see where they are supporting those who do this work”, said Eduardo Ambrósio. “What has been done is very little”, he lamented.

The businessman said he has hopes for Chinese diplomat Ji Xianzheng, who took office on January 10 as the new secretary-general of the Forum for Economic and Trade Cooperation between China and Portuguese-speaking Countries (Macao), a position that had been unfilled for a long time, more than a year.

May 26, 2022
Former US president Donald Trump said Wednesday he will still address a convention of the...

May 26, 2022
WTO chief Ngozi Okonjo-Iweala on Wednesday urged countries not to block or restrict exports of...

May 26, 2022
The e-consumer voucher scheme didn’t cause an increase in the inflation rate and the overall...
Load more