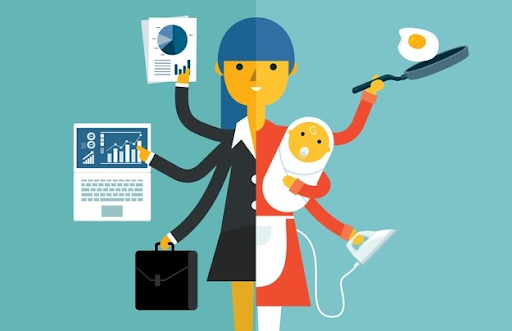 A social issues researcher stated to Macau News Agency that the current economic slowdown caused by the pandemic would be a good time for the government and employers to discuss more flexible work schedules for young parents.

“It is a good time for the government to consult the industry and employers. […] maybe it would be possible to have some flexibility of labour conditions to parents. I know that in Europe many countries have a system that allows parents to take it slow in the first two or three years after the child is born,” Melody Lu, an Assistant Professor in the Department of Sociology of the University of Macau told MNA.

“If this is a time where the industry really needs to reduce the hours of labour, they could actually work together to allow young parents to take maybe 70 to 80 per cent of their working hours”

During the pandemic period, several companies have requested for employees to take temporary annual leave, either paid or non-paid.

A newly approved Labour Relations Law enforced last month implemented several changes to workers rights, with the most impactful being an increase in the current maternity leave from 56 to 70-days – the first increase in 10 years – plus a five-day paternity leave.

In the first three years after the entry into force of the new law, the employer must pay remuneration on maternity leave of not less than 56 days to resident workers who give birth within and whose employment relationship is more than one year on the day of birth of the child, with the Macau SAR Government supporting the remaining 14 days.

Legislation regulating this subsidy was published at the Offical Gazette yesterday, with the subsidy to be provided by the Social Security Fund and with female workers having to apply to it within 120 days since the birth.

However, the new increase still falls short of the International Labour Organization’s (ILO)  recommendation of at least 90 days.

“Any increase is good. I understand I take a bit longer and now the timing is a bit weird with the economy slowing down. Maybe if the increase was discussed today the public opinion would not welcome it,” Lu noted to MNA.

However, the gender studies researcher considered that the maternity and paternity leave provided still does not correspond to the actual needs of young children.

“The child is heavily dependent on the parents for the first two years and gradually can go to a nursing home […]. If you want parents to really be involved in child-raising I think the maternity leave is not enough.”

“It might be a bit unimaginable in Macau but it has been successful in other countries. I think it can be a win-win situation. employers can maintain the flexibility of labour and corporate social responsibility. Of course, parents would have to be guaranteed that this is just a temporary arrangement and assure their working rights,” she noted.

Non-resident workers are also entitled to 70 days of maternity leave, but the expenses are the sole responsibility of the companies.

“If this is under the framework of the labour law it should be applied to all works, it’s what the Basic law dictates. In terms of the general welfare, of course, the Macau government priorities local workers […] but non-resident workers also pay taxes and contribute to the economy,” the Professor expressed to MNA.