The recent new wave of COVID-19 cases in neighbouring Guangdong Province should serve as a kind of cautionary tale, for both local authorities and society at large. The Macau SAR’s enviable performance – of its government, companies and citizens – with respect to pandemic control must not be jeopardized now by complacency and a failure to rise to the next challenge posed by more virulent variants of this novel coronavirus. Over the past year, Mainland authorities have shown how effective they are at rapidly bringing small-scale outbreaks under control, but Macau also needs to redouble its efforts. The same social determination and mobilization that kept the city free of locally transmitted cases for almost an entire year can now be channelled into taking the obvious step towards herd immunity: mass inoculation. Vaccine reluctance is not exclusive to Macau, but this is our city so we must recognize the importance of raising awareness here of the urgent need to attain a vaccination rate of 60 to 70 per cent as soon as possible.

The city’s rather embarrassing low uptake – and in light of the new cases over the border – has been a wake up call for a number of players in town. Fortunately large-scale companies – such as gaming operators, banks and other firms –chambers of commerce and universities, among other entities, are showing a laudable sense of social responsibility, rolling out events, incentives and initiatives to promote vaccination among their staff. That is indeed the way forward and will now hopefully be emulated by additional sectors including local associations and other entities, but the all-out effort has to be led by the Government which should embrace more decisive, innovative action for the promotion of mass immunization.

These are unprecedented times, and Macau has remained a safe haven amid the health crisis brought on by the global pandemic. The indicators from the last couple of months hint at a gradual but encouraging recovery reflected in the number of mainland visitors, a reviving retail industry and increased gaming revenue. Is this just a short-lived “dead cat bounce” or a bona fide silver lining lighting the way to rosier times? While surely expecting the latter, one should also prepare for the former.

(The case for) a farsighted approach

While the worst may be behind us, a reinvigorated, multipronged strategy is necessary to cope with the uncertain times we live in.

As stated above, while all stakeholders have a role to play, the Government’s public policies are of paramount importance. The latest consumption package, which came into effect in May, is a welcome move; citizens and many small businesses are certainly benefitting from it. Still missing, though, is a deeper set of measures capable of meeting the needs and assisting with the changes faced by the many Small and Medium-sized Enterprises (SMEs) that fall outside the scope of the consumption incentives. Certain sectors – the creative industries, liberal professions and service providers, among others – remain pretty much empty-handed under the trickle-down policies implemented so far.

That being said, there is a good example of something warranting further expansion: The recent “Subsidy Scheme for Encouraging Enterprise Upgrading and Development” launched by the Economic and Technological Development Bureau. This is a step in the right direction: helping local companies be better equipped for a more competitive and demanding future environment. As China’s dual circulation economics whirl faster, the need is there for local firms to add value to their business. A new trend among mainland visitors is emerging: they are younger and more sophisticated and demand better quality and value for money.

Among uncertainties brought on by the pandemic, the future of the city’s gaming industry is one that ruffles some feathers. That’s understandable. After all, we’re talking about the city’s core business. Yet though we are basically 12 months out from expiry of the current concessions and subconcessions, authorities insist on keeping their cards close to their chest. The consultation on the gaming law will be held in the second half of the year, and most observers predict concessions will be extended anywhere from one to five years, as provided for by law. Whatever the case, there is a need for a sensible move that would shed light on the future. 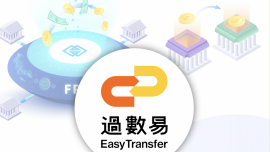 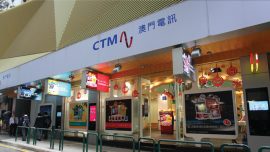 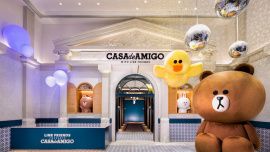