“It was the best of times. It was the worst of times.” The legendary opening lines of Charles Dickens’ A Tale of Two Cities recall London and Paris around the time of the French Revolution. Fast-forward to 2020, and these are most definitely not the best of times. The COVID-19 pandemic, though not exactly a revolutionary social movement, is massively disruptive, on a global scale. And while Macau is surely no Paris or London, we do have the The Parisian, and perhaps in just a couple of months we’ll have The Londoner, too.

In many ways 2020 seems to be the epitome of an annus horribilis. It has been “the worst of times” for a great number of countries around the world. For Macau, not so much. The Government’s successful management of the pandemic has protected the city and bolstered the legitimacy of a Chief Executive who found himself in constant crisis management mode from just weeks into his first term.

As shown in this edition’s special report, approval ratings for Ho Iat Seng’s handling of the novel coronavirus emergency are considerably high, meaning his so-called “honeymoon period” as new Chief Executive has extended far beyond the usual couple of months after taking the oath of office.

In addition to the swift and effective public health measures and related policies that were locally adopted from the very earliest stages of the pandemic, and the notable sense of civic duty on the part of local firms and society, the city has also benefitted from China’s successful and impressive control of the outbreaks and – let’s face it – that lucky streak that has shielded us from turmoil, large-scale natural disasters and epidemics for centuries.

That being said, there are a number of problems that cannot simply be swept under the rug. The city’s gaming and tourism industries are making a gradual comeback on the heels of returning mainland visitors, but they have yet to gain sufficient traction. And, by the way, it is difficult to comprehend why so little about the future of the SAR’s core industry is mentioned in the Policy Address for 2021.

The prolonged plunge in demand dealt a fatal blow to a number of small businesses. Many are now closed for good, while others cling to life but remain in a precarious position. Another social problem looming large is youth unemployment. As reported in these pages, the days of the relatively easy and secure tit faahn wún (“iron rice bowl”) job for local young professionals are behind us.

The Government did roll out relief packages through the year to provide short-term respite to the SAR’s most vulnerable groups, to SMEs and to local residents in general. In a reality-check remark, Ho Iat Seng declared that a truly sound economic recovery will only be possible with the advent of a vaccine and subsequent mass inoculation. In the meantime, however, as we start to see the light at the end of the COVID-19 tunnel, there is a need for improved governance, for more effective and tailor-made immediate measures to aid firms and certain social groups, and for a longer-term vision followed through with consequential action – not just words – that can bring added value. In this respect the recent Policy Address still falls short of expectations.

Macau’s economic future surely lies in jumping on China’s “dual circulation” bandwagon. The city is situated at the nexus, in fact, of the nation’s domestic and international economic circles. The key is to capitalize on that and avoid being bypassed on the hopefully fast-paced inner circuit to national recovery.

As we celebrate this month in this edition both the 200th issue of this magazine and the 21st anniversary of the Macau SAR, the case for rolling up our sleeves has never been stronger. Will 2021 light the way back to “the best of times”? Well, the times – to join in Bob Dylan’s chorus – “The times they are a-changin’”. And as time flies, we get a bird’s eye view. 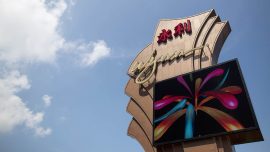 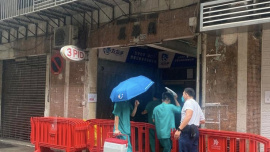 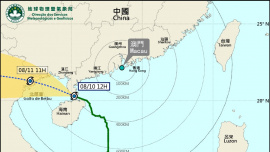