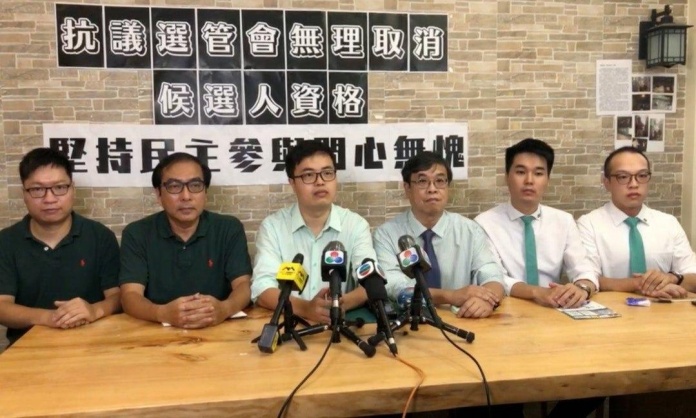 The Electoral Affairs Commission (EAC) for this year’s Legislative Assembly (AL) elections has rejected the complaints filed by three electoral lists who saw all their candidates disqualified.

Last week the EAC announced it disqualified 20 election candidates from five lists citing evidence proving they were disloyal towards the Macau SAR and its Basic Law.

The targetted lists could propose replacements for the disqualified candidates or contest the EAC decision.

The EAC notified the three candidacies’ representatives of the respective decision and posted, this afternoon, the complete list of all candidacies admitted to the September 12 direct elections.

‘Under the terms of the Electoral Law, the representatives of the candidates in question may appeal against the decision of EAC to the Court of Final Appeal, within one day (July 22) after the posting of the aforementioned list,’ the list noted.

However, the Macao Righteousness list was still allowed to run for the elections since it still included at least four eligible members.

Upon declaring its decision last week the EAC revealed the criteria used for its disqualification decisions, including statements and actions deemed to go against the leadership of the Communist Party of China (CPC) and the country’s constitution.

The EAC had previously stated that public comments, including posts on social media, or actions deemed to go against the Communist Party of China (CPC) could have led to the disqualification.

Some of the evidence included public statements in support of a local electoral reform toward universal suffrage.

August 3, 2021
Karsten Warholm smashed his own world record as he streaked to victory in the Olympic...