There are only a few mainland China capital insurance companies operating in Macau but they are king in both life and non-life market segments. China Life and China Taiping are in a league of their own outperforming the competitors from Hong Kong and overseas.

There is not only one insurance market in Macau but two, as there are so many differences between the life and non-life businesses.

One of the rare points in common is the fact that mainland Chinese capital companies dominate both markets, taking into account the still provisional 2019 data released by the Monetary Authority of Macau (AMCM).

But even in this respect there are differences: while the life sector is dominated by state-owned China Life, the first ranked company in the non-life sector is China Taiping, a Hong Kong-incorporated private company with historical ties to the mainland authorities.

For the time being Taiping Life (Macau) stands at the bottom of the list in terms of assets assets (net), but has already managed to reach MOP157 million of total income in just six months of activity in 2019.

One should highlight that only four companies operate in both market segments. One of them is Fidelidade Macau, which stands out as performing well in both life and non-life markets, ranking 6th and 5th respectively in terms of income.

If we take into account the sum of assets (net) relative to last year, we reach MOP113.3 billion, a figure that is impossible to compare with MOP4.4 billion in the general and non-life business segments.

Almost half of this value is the assets of a single company, China Life, the only Mainland-based insurance player in the local market. China Life Insurance Company “is a large state-owned financial insurance institution headquartered in Beijing.” There is, of course, more mainland Chinese capital in Macau’s insurance market: LFHL is Luen Fung Hang Life, which brings together four of Macau’s most important banks in its shareholder structure (Tai Fung Bank Co., 38 per cent, Bank of China Group Insurance Co., 32 per cent), OCBC Wing Hang Bank Co., 12 per cent and Industrial and Commercial Bank of China Co., 6 per cent).

There is also China Taiping, preparing to move up the rankings.

The rest of the insurers come from Hong Kong, Canada or the Bermuda Islands (see text on these pages on the subject).

While China Life Insurance takes the lion’s share of the market, AIA is the only contender, with MOP29 billion of assets. AIA, a subsidiary of New York-based American International Group (AIG), describes itself as “the largest independent publicly listed pan-Asian life insurance group – with a presence in 18 markets around the Asia-Pacific region.”

It is really an unusual fact that the insurance company with assets (net) and more total income in the non-life area, China Taiping, is the least strong in the life area – but the paradox has already been explained and will last for a short time. “Founded in Shanghai in 1929, China Taiping is not only a time-honored national insurance brand with the longest history in the country, but also the only Chinese state-owned financial and insurance group whose management headquarters is located in Hong Kong,” according to the company itself.

China Taiping leads the market with a comfortable distance from the other competitors, which are essentially two: Macau Insurance Company, owned by Hong Kong’s Dah Sing Financial Group, is second in assets and third in total income, reversing positions with Luen Fung Hang when measuring total income.

Among the 12 life insurance companies registered with the Monetary Authority of Macao (AMCM) and the 13 from the non-life segment, only one, Delta Asia, from the same financial group that owns the bank of the same name, is wholly owned by local capital.

While Banco Delta Asia is absent from banking rankings, as it fails to publicly disclose its accounts, the group’s insurance business ranks 9th when it comes to assets and 12th with regards to last year’s income.

It is also noteworthy that as of December 31, 2019, “AXA General Insurance Hong Kong Limited” recorded zero balance for net tangible and intangible assets. Macau Business contacted AXA Macau to learn more about its business situation. “AXA Macau is in full compliance with all applicable regulatory requirements as imposed by Monetary Authority of Macao. Most of AXA Macau’s assets are held in the form of cash and deposits at banks, instead of non-current assets. AXA Macau’s ‘Net tangible and intangible assets’ was MOP10,628,606.43,” they stated.

Comparing Macau with Hong Kong, the differences are conspicuous: the main players in both forums are Western multinationals, which is to say that the first company mainland China owned ranks third.

In general insurance business, AXA, is the leader, followed by Bupa (British company) and China Taiping.

In the life sector, Prudential (UK) ranks first, followed by AIA and China Life Insurance, according to 2017 data.

This means that 23 years after the handover, British-based companies maintain a very strong presence in the Hong Kong insurance sector.

Five of the 10 companies with the most assets (net) in the life sector in Macau are incorporated in Bermuda.

AIA, AXA, Manulife and HSBC declare the Caribbean island as headquarters and FWD, registered in Macau, is a unit of FWD Life Insurance Company (Bermuda) Limited.

Macau is not a separate case in the world, as Bermuda has managed in the past 30 years to attract major insurance companies, through a combination of very low taxes, loose regulation and, also important, easy access to the United States market. 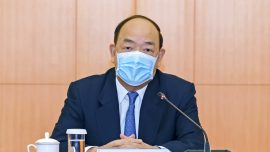 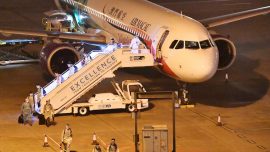