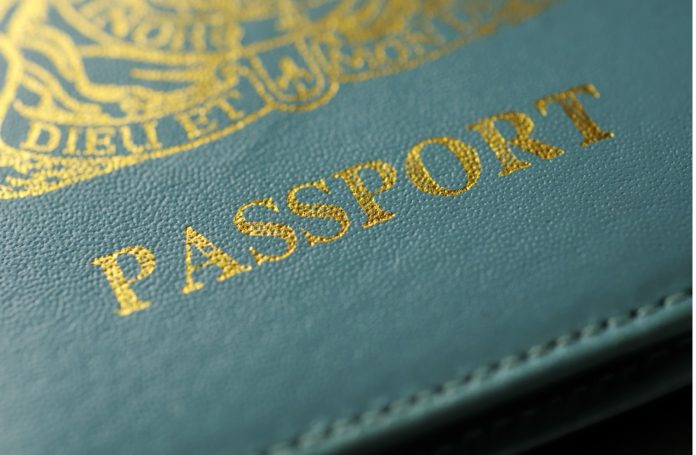 Authorities will further ease the movement of people, vehicles and goods between Macau and Hengqin as part of plans to develop the in-depth cooperation zone in the island, Secretary for Security Wong Sio Chak said today (Wednesday).

However, current visa policies barring Macau residents of foreign nationalities from entering the area as freely as their Chinesenationality counterparts will remain in place, meaning non-Chinese Macau residents will have to apply for visas for entry in the cooperation zone as they would do for the rest of Mainland China.

“Entries and exit policies will not be changed since they are countrywide measures. Therefore there will be no changes to entry requirements for foreign nationals who are residents. However will consider any possible adjustments in the future,” Wong added.

Still, the Secretary revealed that a special visa office will be set up at the Hengqin Border Post for immediate visa applications, similar to the one previously available at Gongbei Border.

Prior to the pandemic, many nationalities arriving at Zhuhai could obtain a single-entry, three-day tourism visa on arrival from Hong Kong or Macau.

The comments were made in a special press conference today for the Security and Transport and Public Works Offices to discuss their role in the future Hengqin cooperation zone plan.

According to police authorities, the monthly average of people crossing the Hengqin Border reached 600,000 as of August of this year, with 38 per cent represented by non-resident workers, 26.4 per cent visitors, 26.4 per cent Macau residents and 8.6 per cent being mainland university students.

While the average of visitors between January and August of this year dropped by 64 per cent from pre-pandemic times in 2019 to 175,000, the average of Macau resident crossings was similar at also 175,000.

However, the monthly average of non-resident worker crossings during that period doubled the average two years ago and reached 250,000, the average of mainland students studying in the SAR universities multiplied five-fold to 57,000.

The Henqgin Border Post currently has the capacity for 220,000 passenger crossing per day, with the first phase of its expansion to include the inspection room, part second floor traffic platform and the passway to the Lotus Bridge south access, in an area covering 66,000 square meters.

By 2020 the construction of the passway to the Lotus Bridge North Access and the second section of the traffic platform and inspection area for passenger and goods vehicles is expected to be completed.

A ‘one-stop’ automatic clearance system for vehicles in the Hengqin Border that will be able to deal with a daily movement of 43,000 vehicles.

Under this system vehicle and the driver of this vehicle will only need to undergo one inspection, in order to meet the relevant requirements for border inspection, customs inspection, plus ‘inspection and quarantine’ on both sides of Macau and Hengqin.

The system will include 30 vehicle clearance lanes operating 24/7, 15 for entries and 15 for exits, with each side including nine lanes for passenger vehicles and six lanes for goods.

The available quotas for Macau registered vehicles allowed to drive to Hengqin has increased from an initial 400 in 2016 to 10,000 in 2021.

Currently, any Macau resident over 18 can apply for authorization to drive into Hengqin, with the cooperation zone plan stating in the future all Macau registered vehicles will be allowed to drive on the island.

As of August this year, there were 6,600 single plat Macau vehicles authorised to drive in Hengqin, with about 1,500 vehicles crossing the border per day or about half of the traffic volume in the border lanes.

“There are currently four lanes to Hengqin and on weekends and Friday nights there is a lot of traffic. We have maintained communication with authorities in Hengqin to adjust the traffic or ask drivers to opt for different points of entry,” Secretary Wong added.

Although the in-depth cooperation development plan proposes a full authorisation for all Macau licensed vehicles in the future to drive in Hengqin, Secretary Wong did not provide a timeline for when this could be carried out.

Macau licensed motorbikes are also currently not authorised to cross to Hengqin, with the Secretary considering that this could “maybe change in the future”.

Preparation works for the future 400 meters long connecting the Hengqin Border to the University of Macau are also ongoing, so that ‘students and teachers are able to enter directly’ in the university via the border.

The management of registration of goods – except for goods in transit in the cooperation zone -entering and leaving through the “first line” will continue to be applied, with Secretary Wong saying that the possibility of adjusting the policy of the list of goods that do not benefit from tax exemption (will be studied.

Goods that benefit from tax exemption and that enter Mainland China through the “second line” are subject to the customs formalities stipulated for imported goods, as well as the corresponding customs duties and taxes.

In addition, goods coming from Mainland China and entering Hengqin via the “second line” will be considered as export goods and in accordance with the current tax policy, with a refund of the value-added tax (VAT) and consumption tax.

Goods subject to taxation are subject to the respective customs duties and customs processing is carried out, when necessary.

Works for the Light Rapid Transit line connection the Taipa LRT line with the Henqgin Border and the Guangzhou-Zhuhai intercity railway is also progressing with the extension to be completed until 2025.

September 27, 2021
Broadway on Sunday finally honored its best and brightest at the Tony Awards, more than...
Load more