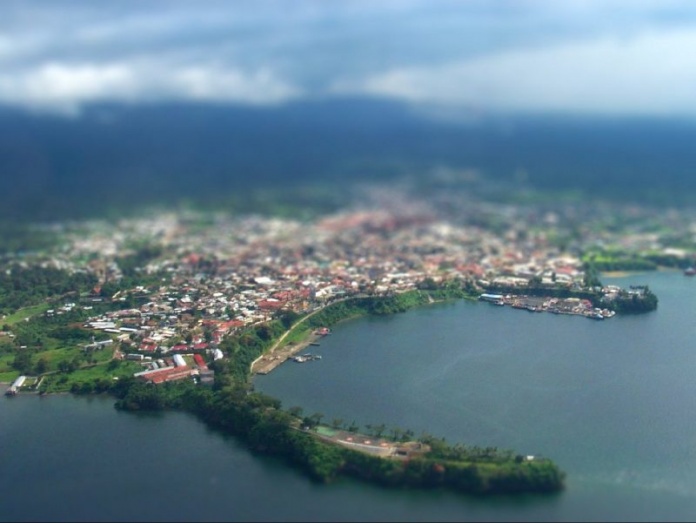 Equatorial Guinea was recommended to join Forum Macao, an organization for economic and trade cooperation between China and Portuguese-speaking countries, the ambassador of Portugal to China announced.

The recommendation comes “based on the application and on the fact that I am already a member of the CPLP [Community of Portuguese-speaking Countries]”, explained José Augusto Duarte to journalists, on the sidelines of the 16th Ordinary Meeting of the Permanent Secretariat of the Forum for Economic and Trade Co-operation between China and Portuguese-speaking Countries (Forum Macao) held yesterday (Tuesday).

The decision will now be up to the ministers of the Portuguese-speaking countries and will be taken at the Ministerial Conference to take place in the last week of October, “a virtual meeting, with the ministers in the respective capitals and the ambassadors who are in China here in Macau”, detailed.

Regarding the issue of human rights in the African country now recommended to this organization, the Portuguese ambassador to China said that this issue was not discussed because it was not the context, despite being a “pertinent issue”.

“But from the moment you are a member of the CPLP, there is no context for creating a context here that does not exist in the CPLP”, he stressed.

This recommendation made and approved by the members of this organization for economic and trade cooperation between China and Portuguese-speaking countries comes just days after the XIII Conference of Heads of State and Government of the Community of Portuguese-speaking Countries took place in Angola, which took place on July 17th.

In relation to Equatorial Guinea, which joined in 2014 and committed to abolishing the death penalty, the countries once again insisted on fulfilling this commitment.

In addition to the end of the death penalty, the Portuguese President, Marcelo Rebelo de Sousa, referred to “the rule of law, democracy, human rights, fundamental values ​​and principles”.

On this subject, the Portuguese Prime Minister, António Costa, referred that it is “a problem that no one ignores” and recalled that Equatorial Guinea has an obligation to fulfil the commitments it has assumed. If he doesn’t, he “cannot be part” of the community, he warned.

In the final declaration of the XIII CPLP summit, the Heads of State and Government “encouraged the Ecuadorian authorities to pursue actions aimed at full integration into the community”.

Among these actions are “the abolition of the death penalty, the integration of the Portuguese language into the national public education system, the preservation of cultural heritage, the increase in economic and business cooperation with the other CPLP Member States, the promotion of human rights and the empowerment of civil society”.

Speaking to Lusa on Friday, on the sidelines of the CPLP Council of Ministers, the head of diplomacy in Equatorial Guinea, Simeón Oyono Esono Angue, said that “nobody is ever killed” in that country, reacting to the criticisms of analysts and observers of CPLP.

“It is an issue that has no debate, an irreversible process. The country took over this process and will honor it without any problems. But there is no death penalty in Equatorial Guinea, nobody is killing,” said the minister.

In the final declaration, the CPLP Heads of State and Government once again expressed their commitment to the Support Program for the Integration of Equatorial Guinea (2021-2022), which covers areas such as the Portuguese language, the historical-cultural heritage, development economic and human rights, in particular through financial support for their implementation.

Equatorial Guinea joined the CPLP in 2014 at the Dili summit, but this was a controversial decision, as the regime of President Teodoro Obiang Nguema, who has been in power since 1979, is accused by international organizations of violating human rights and of persecution of the opposition.

Obiang did not participate in the Luanda summit and was represented by the head of diplomacy.

As for the Macau Forum, China established the Macau Special Administrative Region as a platform for economic and trade cooperation with Portuguese-speaking countries in 2003, the year the organization was created.