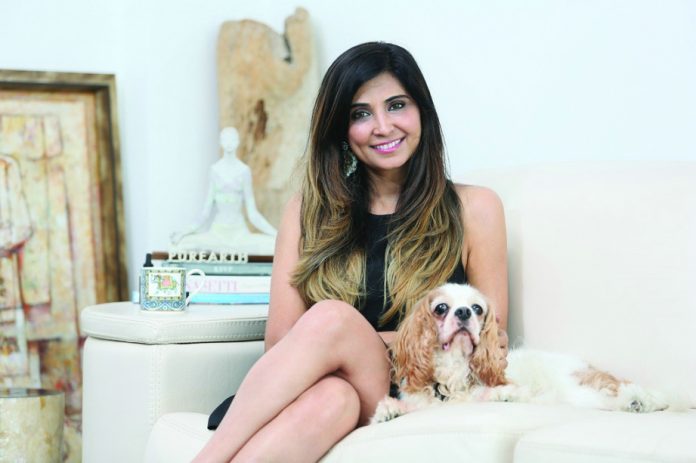 In the 21st century, many who are living in an urban environment rarely get in touch with nature and are constantly exposed to chemicals. When it comes to beauty products, one often believes that effectiveness always implies that a cream or lotion has to have some man-made active ingredients in it, but the truth is, elements from nature can take better care of our skin.

According to Kavita Khosa, Founder of Purearth, a skincare brand that only uses the purest of ingredients to nurture the skin from the Indian Himalayan Region, wild herbs and oils can get rid of numerous epidermal issues and have powerful antioxidative and restorative properties. Together with the wisdom of Ayurveda, ancient Indian methods of healing is also incorporated into formulations of Purearth’s products.

Developed 3,000 years ago in India, Ayurvedic medicine is one of the oldest holistic healing systems. It is based on the idea that every human being is unique, and therefore we all have different body types. Vata, Pitta, and Kapha are the three main categories or “doshas” of body types. Purearth’s products are diverse and can be selected according to personal skin needs.

“Ever since I was little, I was very much in tune with nature. I would observe trees. I was always inclined to use natural remedies and prefer a holistic lifestyle. When I grew up, there were no supermarkets in India… no shampoo or conditioner, nothing. So my grandmother would make a clay paste, put it all over my body, and then go fetch buckets of hot water for me to take bath. Neem leaves were put into the bath water, and I can still remember how I felt cool and cleaned. My skin was amazing after the treatment, and it smelled so good,” she recalls.

The skin clay Khosa’s grandmother used on her was made of sandalwood powder, oil, clay, and milk. Inspired by the indulgent and sensuous way of living during her childhood, she created a skincare line that draws from time-honoured indigenous

knowledge, prescribing recipes, treatments, and modalities that stimulate circulation and eliminate toxins, restoring balance and vitality to the system.

A journey of the senses

Enjoying Purearth’s products is a journey of the senses. From the elegant glass bottles that the ingredients are housed in to the sumptuous texture of the oils and creams, everything melts onto the skin and leaves a beautiful, healthy sheen. Hand harvested from Himalayan glacier-fed terrains and mineral-rich, uncontaminated forest soil, the artisanal element is intentional and powerful. Supercritically extracted Himalayan wild seabuckthorn and rosehip seed oils offer ultimate purity and potency for beauty and wellness that radiates from the inside out.

Precious plant oils are steam distilled at source in the enchanting Kullu and Kashmir valleys. And one of the ingredients that enchants both the mind and body would be the Himalayan bitter apricot oil that can be used on body, face, and hair. Delightfully indulgent and light, it is cold pressed in a traditional wooden vat ‘ghani’ at source and has been known as a sacred remedy among generations of indigenous Himalayan women.

Khosa has united her passion for wellness, Ayurveda and her commitment to

improving the quality of life for women in India through her creation of Purearth.

A former Wall Street firm lawyer and director at Deutsche Bank, Khosa felt a deep desire to reconnect with her native land of India. She shed her corporate avatar to embark on a voyage through the Himalayas, where she spent years conducting extensive research on the ecological environment, engaging with NGOs, CBOs, women’s microcredit, and self-help groups in some of the most remote villages.

“I wish I had became an Ayurvedic doctor early on, but I did law and was not encouraged to study. I moved to Hong Kong, and got married, and carried on with my life. I enjoyed the intellectual stimulation of negotiating contracts, doing deals and transactions, but that was not emotionally satisfying. So in 2000, I quit being a lawyer because I just wanted to go back to my roots and give back to the community,” she explains.

An Ayurvedic practioner for over 20 years, she holds a diploma in Ayurveda and is a certified formulator in advanced organic cosmetic science. A yoga teacher and Vedanta student, she established Sachananda Yoga Shala, a non-profit yoga school before founding Purearth in 2014. “I established a yoga institution back in the days when nobody knew what yoga was. Even today I would run into my old students. Some of them have even opened their own studios,” she indicates.

Regularly invited to speak globally at forums, including at the Hong Kong University, Himalayan Echoes Arts and Literary Festival and Arab Luxury Conference, Khosa was nominated for her work by the Women of Hope Foundation and is a lifelong member of the Federation of Women Lawyers, Hong Kong. An active campaigner for women’s rights, she was also involved in filming Slave Brides, an award-winning TV documentary. An intrinsic desire for social change resulted in the founding of Purearth, a social initiative that supports income generation programs in the Himalayan belt from Kashmir to Kumaon. Each Purearth creation makes the user a co-creator, supporting fair trade, income generation for marginalized producers, and reducing gender inequality.

With a loyal following that includes Hollywood A-listers, celebrity MUAs, designers, and authors, the brand has now established a global presence at 20 luxury retailers, wellness resorts, and platforms in a short span of time. In the near future, Khosa says she is coming up with a book that teaches women and men how to make their own skin remedies and makeup. “In my book, I have written about the history of kajal, a type of eyeliner that was mentioned in ancient texts, as well as how to make one’s own with ghee and other natural elements. I am also coming up with new formulations constantly just to try out. It will all be very exciting,” she reveals.

No snakes on this plane: reptile smugglers arrested at Thai airport