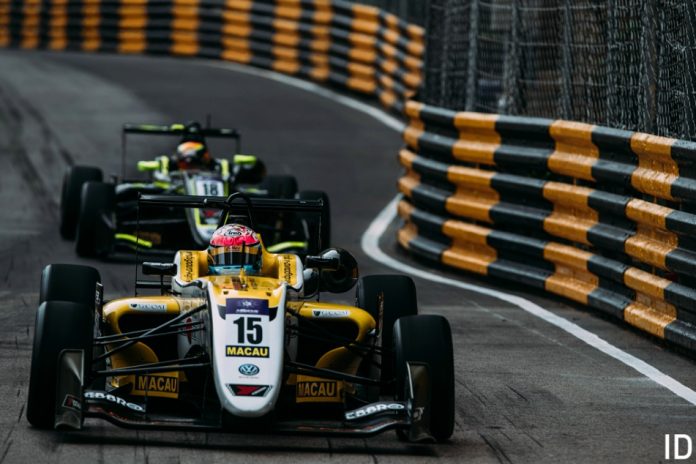 Every November, the best racers from all over the world gather in Macau and duke it out with each other at Guia Circuit.

The 66th Suncity Group Macau Grand Prix will take place from November 14 to 17. This is also the sixth consecutive year the group has been appointed the title sponsor of the event.

The Macau Grand Prix is contested on one of the most challenging circuits in the world, due to its complicated characteristics – a combination of fast straights and tight corners, with a minimum width of only seven metres on this demanding street circuit.

This year, the Grand Prix will continue to incorporate six races, including three world-class events: the Formula 3 Macau Grand Prix-FIA F3 World Cup, the SJM Macau GT Cup-FIA GT World Cup and the Macau Guia Race. In addition, the three headline races include the Macau Motorcycle Grand Prix-53rd edition, together with the Food 4U Macau Touring Car Cup and the Greater Bay Area GT Cup, the races will create an exciting and diverse programme of events.

For the Formula 3 Macau Grand Prix-FIA F3 World Cup, this year audiences can marvel at the cars used in the FIA Formula 3 Championship for the first time. The new car is more powerful than its predecessor, however, the single-chassis, single-engine 380hp car incorporates the latest FIA safety features, including a halo and anti-intrusion panels. It is expected that the majority of the grid for Macau will be made up of FIA Formula 3 Championship drivers.

In order to accommodate these powerful cars, the 6.2km Guia Circuit will be upgraded to an FIA Grade II homologated track.

The Macau Touring Car Cup will also welcome a total of 36 racers to compete in Macau. Moreover, electronic flags will be implemented this year to supplement manual flag signals.

The food festival will comprise several sections, including Asian, Southeast Asian, European, Chinese and local cuisine, spread across more than 100 booths. A wide array of choices from seafood, meat, drinks and desserts will be available to choose from.This year, the festival has invited a selection of good restaurant from Hokkaido, Japan, creating a Hokkaido village for tourist to taste authentic Japanese flavours.

To enhance the atmosphere, there will also be performances and game stalls for tourists to explore.