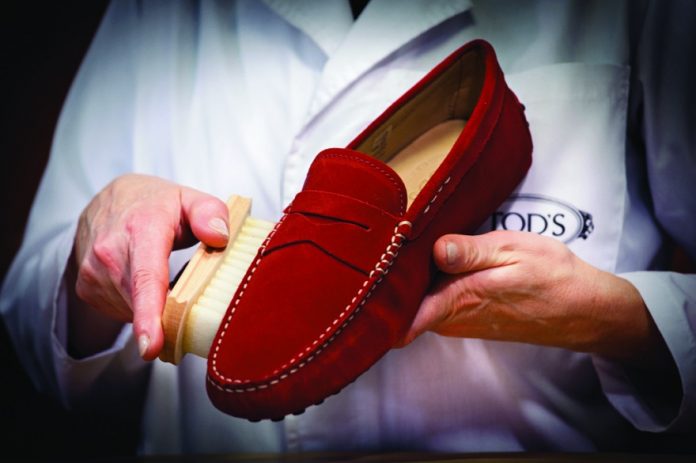 Known for his class and style, Della Valle is one of the most charismatic names in Italian business. Creator of the iconic gomminos at the root of Tod’s, one of the most important luxury brands in the field of fashion, he is a staunch supporter of the ‘Made in Italy’ brand and of his country, to which, he admits, he owes much of his success

Diego Della Valle is one of the most prominent figures in the Italian business world. Owner of a vast fortune that places him among the richest and most influential men in the Transalpine country, he, along with his brother Andrea, has interests in very diverse areas, ranging from finance to fashion, with stakes in companies such as Bialetti, Piaggio, RCS, Mediobanca and Marcolin. In the past, he has sat on the board of directors of some of Italy’s most important companies; although today he only retains his place in the luxury emporium LVMH, of which he remains a shareholder.

Together, the brothers also owned ACF Fiorentina football club, which they rescued from bankruptcy in 2002 and sold it in the summer of 2019 for around €16 million.

Diego Della Valle is known for his refined taste. In 1998, he bought the modest but symbolic Marlin, a yacht owned by J.F. Kennedy at a Christie’s auction, later joined by the sumptuous 194-foot Altair III. A good friend of Ferrari’s president of many years, Luca Cordero di Montezemolo, his passion for Ferraris is no secret either. A man of the world, he travels between his home, near the Adriatic, and the offices in Milan or anywhere else in the world where he has interests or houses – Miami, New York, Paris and Capri.

It’s a sophisticated life, impressive at every level, but even more so if you take into account that what is today his global empire, part of the largest Italian accessories and fashion export group, Tod’s SpA (which comprises Tod’s itself as well as brands like Hogan, Fay and Roger Vivier), like other Italian family businesses, had a relatively humble start.

Though not a self-made man in the most classic sense, because he studied in Bologna and benefited from a thriving family business that would later be left to him, the businessman deserves all the credit in the evolution of what is now his empire.

Diego Della Valle was born in 1953 in Casette D´Ete in central Italy, near the Adriatic coast, where he spent his childhood and adolescence. His grandfather, Filippo, was a modest artisan who made shoes at home, working late hours to sell them the next day at local fairs.

After World War II, in difficult but hopeful times, his son Dorino followed in his footsteps by risking everything in a small shoe factory. His parents’ workplace was a second home for little Diego who, when not in school, contributed to the fragile family economy by performing the simplest tasks. From the ‘60s onward, Dorino’s audacity began to bear fruit. Orders increased considerably. The main customers were across the Atlantic in the US, and a substantial part of production went to large department stores, such as Saks Fifth Avenue and Bergdorf Goodman.

The business kept growing and placed the family in a more comfortable position, making it possible to provide the eldest son with a higher education. This is how young Diego went to Bologna, where, as he says, he led a quiet student life where books were not always the focus of his attention. And so, shortly after, Diego went back home to pursue the family business. He made the most of what he learned in his course in the marketing department, where he first started.

This is how he began to travel regularly to the US, where the company’s largest customers were already, but where the potential for growth was enormous. The results could not have been better. Orders began to come in from new designers who were gaining ground in the growing fashion industry.

More than material effects, the reality he encountered in the US, which was very different from the one in which he grew up, marked him indelibly. The practicality with which business was done and the receptive way in which good ideas were accepted influenced his business perspective. It also greatly contributed to the concept of elegance that he would come to adopt at Tod’s – the intersection of his Italian identity with the American comfort and informality that fascinated him so much.

It was on one of these trips to the US in the late 1970s that, when buying Italian loafers, he realised that, despite their good commercial acceptance, their quality and appearance left much to be desired. The shoe, much to the Americans’ liking for its comfort, a cross between the 1950s American preppy loafers and indigenous loafers, gained an unexpected practical sense in Italy: it was adapted by racing drivers for whom casual shoes were uncomfortable and had poor grip. The driving-shoe became popular on the feet of sports idols, but it quickly spilled over from the racetracks to become a symbol of the Italian dolce vita.

Back in Italy with the specimen in hand, Diego took it to the factory where it was carefully scrutinised by his artisans to create a more refined version, more to the taste of the market that had adopted it as a must in their leisure time.

The result was the celebrated gommino, at least today, because at the time it was just an improved version of an existing product on the market. An extremely soft, high-quality calfskin and a sole with 133 small rubber studs, which was manually shaped, resulted in a highly comfortable moccasin, a true foot glove, able to meet the sophisticated and demanding market that the young director intended to reach. All that was left was to sell it, and Diego had an idea.

For some time, he had been eyeing Gianni Agnelli, the famous industrial owner of Fiat and a bold icon of Italian style who often wore loafers in the most unusual situations and against all conventions, apparently due to a car accident that left him with a foot injury for the rest of his life.

Through his friend Luca Cordero di Montezemolo, who worked with Agnelli at Fiat, Diego brought him the gommino as a gift, which the elegant industrialist happily accepted. The moccasin passed the demanding test. From then on, the industrialist began to be seen and photographed in the offices, salons and the stands of Juventus, rooting for the team that the family has owned since 1923, with the gomminos on his feet, an exhibition that Della Valle took advantage of with the skill of a true marketeer. The unusual marketing move for that time would be repeated time and again with jet set figures and Hollywood actors, giving them exposure and making them an object of desire.

The brand itself, resulting from the need to evolve the business, was created in the late 1970s. The Tod’s designation, initially J. P. Tod, reflects Della Valle’s admiration for the New World and its simplicity and practicality. Legend has it that the name was randomly picked from a phone book, although the entrepreneur does not confirm it, preferring to emphasise how easily it can be said and memorised, regardless of the market in which it is found. The fact is that with his clever marketing manoeuvres and a made-up name, he made everyone wonder who this J. P. Tod was, who had produced those colourful loafers everyone wanted.

The success brought added responsibilities to Diego who, in the 1980s, moved from being a  mere marketing director to helping design the company’s visionary strategy. Its positioning as a luxury ‘Made in Italy’ brand accompanied the birth of the large luxury conglomerates at the end of the decade that came to radically change the face of the market, a movement that the entrepreneur was able to keep up with thanks to his recognised acumen.

In the twilight of the 20th century, the approach was simplified further by making the brand name just Tod’s, at around the same time as the company was moving to new headquarters in Casette d’Ete in the Marche region, built in 1998. Designed by his wife, architect Barbara Pistilli, the new facilities were modular, the first in Italy to have daycare and gym facilities for employees.

In 2000, Diego took over the presidency of the Tod’s S.p.A. group, which entered the Milan Stock Exchange that same year, already in the leading position as a producer of leather accessories.

With the motto “Dignità, Dovere and Fun”, Diego Della Valle believes that a businessman has the duty of returning part of his wealth to the society in which he grew up.

A great champion of craftsmanship and of the Made in Italy name, the cause of a lifetime, he has always emphasised his enormous gratitude to the country where he was born: at Tod’s, all products are exclusively made in Italy and much of the work, particularly the production of gomminos, is done by hand by experienced artisans, in a thorough process comprising more than 100 steps and using 35 cuts of leather.

“I love my country and I am driven by the support of ‘Made in Italy’, therefore any time I have or I had in the past to contribute to the support of Italy’s image, credibility and its culture, it has been both a great honour and a duty for me,” he recently said, proudly, in an interview with a famous American magazine.

Philanthropist and patron, he contributes to cultural institutions such as the La Scala opera house in Milan, of whose foundation he is a member, but his greatest contribution to Italian culture was the large donation to the restoration of the famous Colosseum in Rome in 2011. The donation will forever stamp his name and the brand he founded on this important historical monument.

When the mayor of Rome, Gianni Alemanno, invited him to contribute a fraction of the value of the restoration work in 2010, he was speechless when Diego replied that he would only participate if he was allowed to finance the entire work. As Italy didn’t have major philanthropic traditions, the gesture was viewed by some (politicians mainly) with suspicion. The fact is that, once again, the businessman showed himself to be at the forefront, eventually having a copycat effect on other Italian luxury companies that contributed to the restoration of monuments such as the Trevi Fountain (Fendi) and the Spanish Steps (Bulgari), among others.

Despite his 66 years and huge success, Diego doesn’t stop. He travels around the world and actively participates in the lives of his companies, particularly Tod’s, but his main home is still in his birthplace, just five minutes from the factory. Appreciative of the finer things in life, however, he doesn’t turn up his nose at simplicity, both in terms of food and in the habit of going to the same cafes as in his youth.

As he said a few years ago, he prefers the word quality over luxury, because, when excessive, it easily slips into the tacky. “We have to strike a balance.” 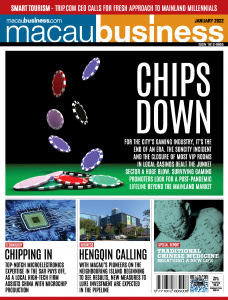 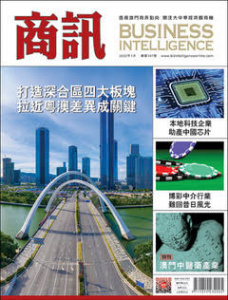 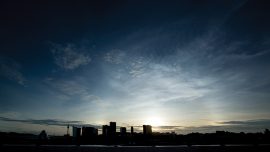 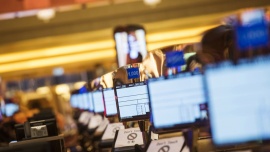 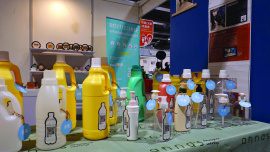 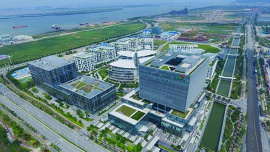