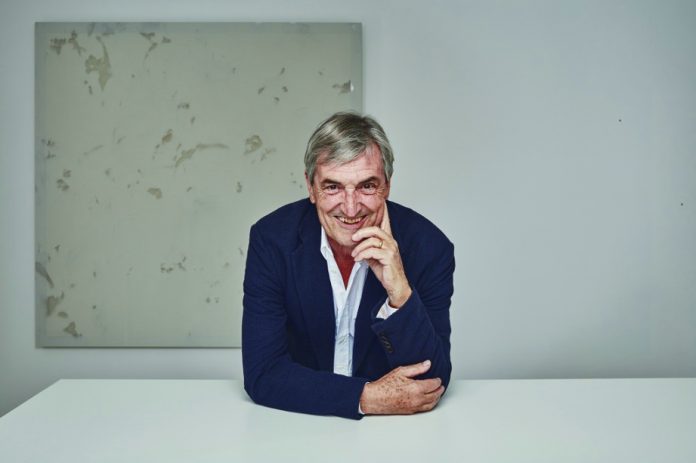 In the 17th edition of Pitti Fragranze, Jean-Claude Ellena was honoured with a retrospective of his career spanning half a century, marked by his relentless pursuit of restraint and elegance

When Jean-Claude Ellena arrived at the interview with Essential, before presenting his latest perfume for Frédéric Malle at Pitti Fragranze in Florence, his amiability could not be further from the cult of personality that many figures in the fashion and luxury industry usually advocate. Accessible and communicative, the French perfumer is a living legend of haute perfumery, one of the most admired amongst his peers and followed religiously by aficionados of the olfactory world.

Born in 1947 in Grasse, the birthplace of French haute perfumery, he began his career in the industry as a teenager, first working locally for Antoine Chiris as an apprentice at his essential oils factory, then joining the Givaudan Perfumery School in Geneva in 1968.

His father, also a perfumer, would eventually play a key role in arousing the curiosity of young Ellena. “I loved my father, but he didn’t talk about work at home because my mother wasn’t interested in perfumery. I believe that that was one of the main reasons that led me to be a perfumer; I wanted to find out what my father was doing all day,” he laughs. However, it was one of the great French perfumers of the 20th century, Edmond Roudnitska, who would lead him to see perfumery as an intellectual exercise and not merely chemistry. “Edmond was very important; he was the first to write about the thinking, philosophy and ethics of perfumery. When I read his book, I immediately identified with his way of thinking,” says Ellena. “Because I was very shy at the time, I only made contact with Roudnitska a few years later. After talking to him on the phone, I knocked on his door. When he saw me, he opened the door and said, ‘You stink’, referring to the musk of the detergent on my clothes. The next day I returned with the same attire, and he welcomed me in. He talked about many things, but what struck me most was his idea of ​​simplicity in perfumery.”

Transmitting a clear message through a perfume was something that united Ellena and his mentor and friend, but also the philosophical way in which they both saw perfumery, something that became a recurring theme in their conversations over the years. At the 1952 Le parfum dans le système des Beaux Arts conference, Roudnitska noted that “perfume composition is abstract art par excellence, hence its complexity, but also par excellence in providing intellectual pleasure to all who know how to appreciate it”.

The intellectual process around the development of a new perfume is essential for Ellena, but so is his restlessness and constant self-criticism. “This work takes a long time to mature, so when I am asked for a sample for the next day, I immediately say that it is impossible. There are perfumers who make 200 perfumes a year; I only make four.”

For the French perfumer, an artist has to be a good artisan. This means that ideas evolve with his daily work in the laboratory, but the decision to hold himself responsible for the final result of a perfume is what makes his perfumery an art, just like a painter decides when his work is completed. This creative freedom was what Ellena experienced at Hermès during his 12 years as head perfumer of the French house. “Like a couturier who has to create a style of clothing, I lent my style to Hermès and it worked. It was hard work, but I was so happy to develop it that I never felt that I was truly working,” says Ellena.

At Hermès, he managed to create a unique aesthetic vision, something similar to what many niche brands are currently doing on the market. Without the pressure of market testing, and in full collaboration with the then CEO of Hermès Perfumes, Veronique Gautier, Ellena began paving a unique path in the French maison, where simplicity became the watchword, setting aside unnecessary ingredients and going straight to the point of arousing the consumer’s sense of smell and not just pleasing them. “I don’t believe in consumer panels. They are just there to reassure us, but in the end they don’t solve anything. They tell us what people like, but not what they want. Pleasing people is not enough; we have to challenge them, to create a desire, to make them want a certain perfume. Desire lasts longer, mere pleasure is ephemeral.”

During his time at Hermès, from 2004 to 2016, the Frenchman developed some of his most recognised perfumes, such as Terre and Kelly Calèche, but his first big hit was First for Van Cleef & Arpels in 1976. Romantic in style, this perfume (still on the market) is far from Ellena’s signature minimalism and is made with over 160 ingredients. “It is a very rich and complex formula, reflecting a time when it was thought that the more complicated the perfume, the better the perfumer,” reveals Ellena. Conversely, the Eau Parfumée au Thé Vert was his first big statement as a perfumer who sought to convey a pure, gimmick-free message. Launched by Bulgari in 1993, the perfume conceptually reflects the finesse and intensity of green tea.

By favouring synthetic over natural molecules, Ellena chooses this path not only to be more concise, but also to challenge himself. Through synthetics he can reproduce nature, avoiding the olfactory distraction that many natural ingredients provide. “The shorter the formulas, the greater the challenge,” he states. “I’m known for simplicity; I try to get straight to the point and convey something very strong. When someone smells something I created, I hope they understand what I tried to do. It’s not confusing, it’s very light and objective,” he confides.

Another perfume that is a true nod to his philosophy is Bois Farine, created for L’Artisan Parfumeur, a niche brand acquired by Puig in 2015. Launched at the start of the Millennium, the idea behind its creation came when Ellena was travelling along the islands in the Indian Ocean. “I love to travel, and when I do I always go to the local botanical gardens looking for inspiration. On one of those occasions, on Réunion Island, I smelt a flower that had the aroma of flour. It was something that transported me to the kitchen – there is something erotic and sexy about a woman making pasta – and that was my inspiration.” His simple, modern formula has only 10 ingredients, the shortest Ellena has ever developed, in a celebration of the starchy aroma of the small flower of the Ruizia Cordata tree, with notes of iris, musk and wheat.

By favouring synthetic over natural molecules, Ellena chooses this path not only to be more concise but also to challenge herself. Through synthetics you can reproduce nature, avoiding the olfactory distraction that many natural ingredients provide. “The shorter the formulas, the greater the challenge. They know me for simplicity; I try to get straight to the point and convey something very strong. When someone smells something I created, I hope they understand what I tried to do. It’s not confusing, it’s very light and objective,” he confides.

Ellena’s unobtrusive way of conceiving his perfumes always leads him to a great intellectual reflection and purification exercise, avoiding redundancies, something that comes naturally after more than a half a century of career. The ideas he conveys through smell are not merely reflections of reality, but illusions, as if it were a dream. “My perfumes are never reality, because reality is not interesting. I’m a liar, an illusionist. My creations are a representation of what I feel, the way I see a place. For example, in the perfume Un Jardin sur le Nil for Hermès, it all started with the scent of mango, but if it were just that it would not be interesting. We have to develop the concept and go further, create a story.”

His latest creation, Rose & Cuir for Editions de Parfums Frédéric Malle, returns to the theme of containment, using only 15 ingredients. While claiming that a perfume should be like “a gentle caress: nothing should shock, nothing should scream”, Ellena went a step further with Rose & Cuir. The first perfume he developed for Frédéric Malle, after his years at Hermès, the fragrance marks his return to the use of more natural ingredients in his formulas, resulting in a deep and striking scent. With the note of leather as a base, using the IsoButyl Quinoline molecule, the perfume finds its balance between sobriety and freshness with the scent of rose, obtained without using the essence of the flower because, according to Ellena, it added nothing to the final result.

With this collaboration with Editions de Parfums Frédéric Malle, and taking on the position of olfactory director of Le Couvent des Minimes, where he chooses the perfumes that are part of the brand’s collection, Ellena returns to the world of niche perfumery, which currently represents almost a tenth of market. The perfumer sees no difference between the perfumes developed by the big brands like Hermès and the niche brands that proliferate on the market. “I don’t care about the abundance of niche brands. The worst ones will end, the good ones will remain, but the same will happen in the big industry,” he says, laughing, adding that “a niche is just that; there is no way of competing with L’Oréal, LVMH or Puig, they are very powerful economically. There are many amateurs du parfum and the niche serves these people, who no longer go to the big brands. They want something different and unique, they refuse mass luxury. However, we have different genres of niche perfumery brands. Some are simply small and lack quality.”

After more than half a century working in the perfume industry, the Frenchman has already found the natural successor to his legacy of simplicity, restraint and elegance: his daughter and independent perfumer, Celine Ellena, with whom he works regularly. “She has my mentality, she realises that it is not necessary to have many products in a formula, that you can work with fewer elements. My daughter has her own personality as a perfumer and is not afraid to showcase her creations.”

At the age of 72, Jean-Claude Ellena shows no sign of slowing down. Because he has nothing to prove to anyone, the perfumer is freer than ever, exploring new approaches to perfumery, as demonstrated at Rose & Cuir. It’s always been his imperative to never copy himself and not fall into the commonplace. Ellena simply wants to have fun, continue to take risks and demonstrate that an artist with a long career like his can reinvent himself as well. 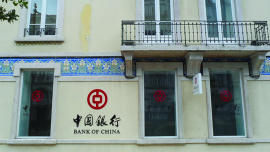