Commodore Marcelo Correia will command the European Union’s Operation Atalanta until December, a naval force which aims to prevent piracy and trafficking in the Somali Basin and has seized about 12 tonnes of drugs since March.

In the 41st rotation of Operation Atalanta, which ends on 2 December, six Portuguese Navy personnel were involved, including Commodore Marcelo Correia, who took command of the mission on Thursday.

In total, the force is composed of 18 soldiers from eight nationalities: Portugal, Spain, Italy, Serbia and Monte Negro, Republic of Korea, Colombia and Djibouti, “with the participation of the latter three resulting from bilateral agreements with the European Union,” said Commodore Marcelo Correia.

Speaking to Lusa, Correia said that the main objectives of “operation Atalanta are the deterrence, prevention and repression of acts of piracy in the Gulf of Aden and the Somali Basin,” also contributing “to the increase of maritime security in the region through tasks of monitoring drug trafficking, arms, illegal, unreported and unregulated fishing, and illicit trade in coal.

Since February, he added, there is also the possibility of conducting operations to combat drug trafficking, “with the seizure of about 12 tonnes of narcotics since March this year being noteworthy.”

“No piracy attacks have been recorded since 2019, and this is a clear sign of the effectiveness of the ATALANTA operation, the other forces present in the region and the protection measures adopted by merchant shipping,” he considered.

Another of the objectives of this EU mission is the protection of the ships of the ‘World Food Programme’ [World Food Programme], a humanitarian aid organisation of the United Nations, founded in 1961 and financed through voluntary contributions from governments, institutions, corporations or individual citizens.

“Protection of WFP-chartered vessels can be done in three ways, depending on the vulnerability assessment of each vessel. This can be done by simply monitoring the movements of the ship, a close escort or the boarding of a security team that can integrate the operation for this purpose,” he detailed.

Asked about the main difficulties he anticipates in the coming months at sea, the commodore mentioned the size of the area, “which represents almost twice the area of the EU countries”, the pandemic of covid-19, “requiring permanent measures to mitigate the risk of contagion” or the “volatility and fragility of the security situation in the region, associated with the drought that is being felt in Somalia and the consequent lack of food” which “could promote the resurgence of acts of piracy”.

He also stressed, “the potential impact that the war in Ukraine could have, especially with the possible increase in maritime traffic in the region”, warning that a “false perception of the total eradication of piracy could lead to a reduction in the adoption of protective measures by merchant shipping, increasing its vulnerability”.

The force currently consists of the Spanish frigate Numancia, the flagship, the Italian frigate Fasan and an airborne detachment with a Spanish maritime patrol aircraft operating from Djibouti, the Portuguese commodore said, adding that “at the end of this month, a Spanish special operations task force will join the force.

UN ship with grain for Africa sets off from Ukraine: ministry

Iran says it has replied to ‘final’ EU nuclear text 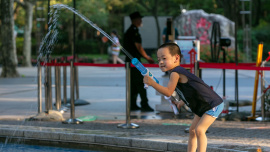 August 16, 2022
China on Tuesday announced a slew of perks aimed at encouraging families to have more...

August 16, 2022
Russian President Vladimir Putin on Tuesday accused Washington of seeking to prolong the conflict in... 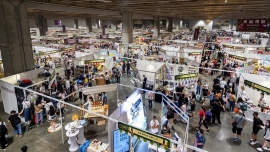 August 16, 2022
The three-day business platform Sands Shopping Carnival will be held on September 10-12 after having...
Load more