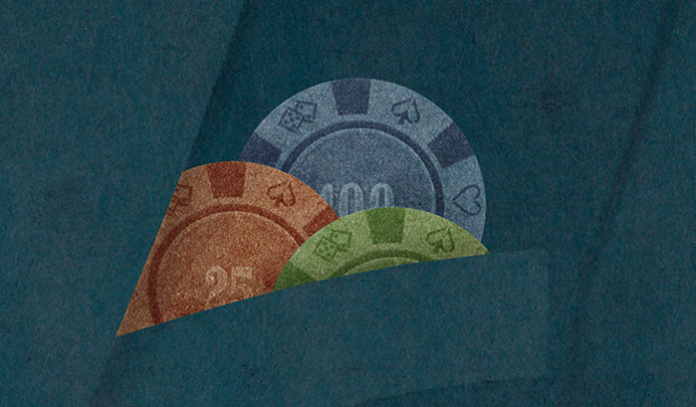 The first court session of the trial involving Alvin Chau and 20 other defendants has been scheduled for September 2.

The indictment documents paint a picture of an illegal gambling organization managed in detail by Chau and engaged in complex illicit side-betting operations in VIP rooms since at least 2013 in properties managed by all six gaming concessionaires and subconcessionaires in Macau.

TDM Radio Macau reported on June 21 that Mr Chau stands accused of leading a syndicate that managed more than HK$823.7 billion in illegal betting volume, with about HK$21.5 billion of profit.

Just one month later Suncity closed all of its VIP gaming rooms in Macau and then officially announced the complete cessation of its business.

A separate article by MNA will describe in more detail the specific roles and functions of the remaining defendants.

The group allegedly managed more than HK$823.7 billion in illegal betting volume, in VIP rooms in properties managed by all six gaming concessionaires with about HK$21.5 billion in ‘minimum’ illegal earnings collected between 2013 and March 2021.

Almost HK$3.6 billion in illicit phone and online betting were also said to have been ‘laundered’ via transfers from front companies and underground banks in mainland China that were then ‘mixed’ into Suncity revenue accounts.

About HK$616.9 million and RMB17 million from side-betting proceeds were also allegedly laundered by falsely using asset management, investment projects, commercial financing and other normal forms of trade to conceal the true nature and origin.

The Public Prosecution Office details the alleged illicit side betting operations organized by the group in Suncity VIP rooms operating in properties of all six gaming concessionaires.

The ‘Sun City Group’ and ‘Suncity VIP Rooms’ image and brands were said by the prosecution to have been used by the group as a cover.

Suncity Group Holdings Ltd is a listed Hong Kong company separate from the Suncity junket operations, with Alvin Chau having already divested his shares in the group.

Going back to the beginning

‘The illegal gambling group […] used the ‘Sun City Group’ as a cover to carry out side-betting criminal activities in Suncity VIP rooms, enticing customers who have a Sun City Group account to participate in the so-called “double-sided” illegal side bets and swindling gaming concessionaires and sub-concessionaires and concealing the income and the real amount wagered in these Suncity VIP rooms.

In order to avoid inspection and oversight by the Gaming Inspection and Coordination Directorate (DICJ), the illegal gaming group is alleged to have presented false financial statements to the gaming watchdog, including modifying computer programs.

The illegal gaming group was also said to have misled the PJ during the criminal investigation, on the other hand, and deceived the DICJ and the gaming concessionaires/sub-concessionaires by presenting to the Macau SAR Government false information about the payment of gaming taxes, thus resulting in reduced revenue of gaming tax from the Macau SAR,’ the indictment shows.

The group is also a accused of exploiting, on behalf of Suncity, illegal telephone and online betting activities, and in order to hide and disguise the origin of illegitimate benefits, it would withdraw the illicit benefits via underground banks and a Mainland China subsidiary, mixing them with the benefits of Sun City Group and Sun City VIP Room and subsequently placing them in the regular accounting system.

Double-sided betting or Tok Dai (托底) would allow customers to the number of bets, the payment method and the betting currency according to their own risk tolerance, and increase the commissions received by the junket promoter.

The document then provides an example of a similar game named ‘one drags two’ or ‘－拖二’.

In order to obtain more illegitimate benefits, the alleged illegal gambling group increased, in the name Sun City VIP Room, the commissions for “double-sided” side betting games, convincing customers to transfer the bet from the table legal for under-the-table betting, i.e. attracting customers to participate in “double-sided” activities.

‘As such, the illegitimate benefits resulting from the “double-sided” side betting activity would be transferred to the Sun City Group accounts […] thus dividing with the related groups such benefits,’ the documents argue.

Suncity’s Marketing, IT, Finance, Accounting and Operation departments and a technology company named Soonest Tecnologia LDA. were all said to have helped the illegal gaming group to carry out these illegal side betting ‘double-sided’ activities.

Tim Chau headed Soonest Tecnologia LDA. and Zhuhai-Macau Cross Border Industrial Zone Xunli Technology Co., companies accused of providing telecommunications support to the illegal gaming group and being used as a vehicle to transfer funds from Suncity to UO Group, with both companies controlled and financed by Alvin Chau.

Meanwhile, according to the prosecution, Philip Wong Pak Ling was responsible for verifying “double-sided” side betting accounts and Tim Chau Chun Hee for messaging concerning side-betting or online and phone betting.

In order to expand the illegal gaming group’s “double-sided” side-betting business, Alvin Chau Cheok Wa was said to have asked the Suncity Marketing Department to select the “richest customers” to use the company’s equity and gaming commissions as incentive conditions to invite such customers to invest in the “double-sided” side betting companies controlled by him, with these customers thus becoming agents of the Sun City Group, according to the prosecution.

At least in 2013, Alvin Chau reached an agreement on the value of the shares with the gaming customers, agreeing that the customer could participate in his side betting companies with the profits of the illegal gaming group divided proportionately, with the combined rate of conversion of “agents” chips.

After becoming an “agent”, the investor could use a Sun City VIP Room account and he could then practice ‘double-sided’ side-betting and earning gaming commissions.

According to o DICJ calculations, the aforementioned act of the syndicate caused the Macau SAR gaming tax revenue to amount to HKD$366.2 billion in the first year of the new side-betting scheme operations in 2013.

Between 2013 and the end of the group’s operations in 2021, the highest amount of annual gaming tax revenue lost was reported in 2014 when a staggering HKD$2.8 billion in gaming tax revenue was said to have been lost according to the DICJ.

Vietnam, Cambodia and the Philippines

The indictment also details that in order to exploit illegal telephone and online betting activities in Macau, the illegal gambling group established, on behalf of the “Sun City group”, gaming VIP lounges in the Philippines and Vietnam with the support of Suncity’s human, material, financial and technical support.

These would allow Suncity gamblers who could not travel to Macau to use the money deposited in the accounts of Suncity VIP Rooms – which can be only applied to bets in Macau casinos – in Baccarat games in other countries via the internet or phone call.

Subsequently, the group also developed the phone call betting via an app named Easy Bett (好e投 or 好易投), where Sun City punters could place bets at gaming tables located in Cagayan Bay or Solaire in the Philippines.

“For a long time, the gaming criminal group used a high commission to attract “Sun City VIP Room” workers to do promotion and advertising in Macau and also teach Sun City punters how to use the applications for telephone and online betting,” the indictment notes.

With the help of the gaming criminal group, punters with Sun City VIP Room accounts could open accounts at SCM, SCDN, SCPP, Easy Bet and e-city union with the assistance of Suncity Group.

The respective username and password would be identical to those of the Sun City Vip Room accounts, and gamblers could buy tokens in these online betting apps with the money Suncity VIP accounts set for betting on baccarat.

The gambling criminal group’s telephone and the online betting system would allow placing bets through tokens, with punters having to convert betting money into tokens in advance and do the opposite operation upon withdrawal.

While betting, the intermediary for telephone or online betting places bets at the respective place and table according to the bettor’s indication and the bettor can know the result in real time.

After the games, dead chips and dividends paid would be transferred back to the player’s VIP room account.

To launder the proceeds from these illicit betting operations, the group headed by Chau had several front companies and underground banks.

According to the investigation, some of the gamblers who lost money in the side bet chose to pay gambling debts in Mainland China, so Chau Cheok Wa instructed, taking advantage of the illegitimate funds resulting from the exploitation of side betting in the mainland, development projects or real estate companies founded by the defendant Cheung Ling Ling,’ the indictment added.

For example, in order to hide the value of collecting the gambling debt and the respective acts, Cheung Ling Ling was said to have opened five different companies in mainland China on behalf of different people.

As head of the asset department of Sun City Group, she was responsible for dealing with several entrusted companies constituted in Mainland China, to receive the illegitimate interests resulting from the side betting operations

The accounting department of the company itself would control accounts for the gaming criminal group, including daily income from online gambling and settlement with illegal banks.

Defendant Wong Pak Ling even created an exchange department in the accounting department, which serves as a liaison between illegal banks and punters so that the gambling criminal group can receive bets and pay dividends through illegal banks.

The illegitimate interests resulting from the parallel betting in mainland China would be transferred using underground banks operated by illegal gaming groups to transfer the illegitimate proceeds to Sun City VIP Room accounts.

The illicit gaming proceeds would then be added as revenue for Sun City Group and the Sun City VIP Room and this “entering the normal economic system” in a complex money-laundering operation.