The eighteenth century economist Thomas Malthus wrote that ‘the whole train of common diseases and epidemics, wars, plague, and famine’ operated as checks on the disparity between the geometric progression of population growth and the arithmetic progression of food supply. Pestilence and famine seem to be not far away as the Covid-19 virus spreads and supermarket shelves are cleaned out in many parts of the world at a speed which any self-respecting locust would admire.

Malthus could hardly have imagined the global economic meltdown brought about by the spread of the Covid-19 virus. But it’s alive and kicking, and on a scale and with a rapidity that beggar belief. In a connected world, the power of a virus to bring the world’s economy to its knees is astonishing. With strong interdependence across countries, a microscopic germ can bring down the economic might of the world’s most powerful nations in a breathtaking example of chaos theory on steroids.

Globalization’s connectionism is both a manifest good and a manifest evil. It brings out the best and the worst in humans. The examples of front-line workers giving their lives to protect others, of doctors and nurses flying into stricken areas to help, of friends and relatives taking exceptional steps to help each other, of Macau families mailing masks to their relatives overseas, touch us all.

But then we have had predatory low-lifers extorting money in times of need – selling a protective mask for 30 euros or more in Europe, or those who selfishly stockpile goods in panic buying, leaving the elderly and infirm – the very people who are at risk of the virus – unable to shop. These are opportunist, unprincipled, immoral, uncaring wolves, red in tooth and claw. We have seen reports from across the world of shoppers fighting over a tin of food, of violence against shop workers, and of abuse of salespersons. We have had a xenophobic world leader unapologetically calling this the ‘China virus’, and hateful social media blaming Macau residents for coming home infected. Shame on them. The threat of shortages (famine) and the spread of pestilence lead to war on an untold scale and in many forms; social Darwinism runs riot in the competition for scarce resources.

By contrast, the Macau government should be congratulated on the early steps that it took to keep the virus in check, and to continue to contain it. Large parts of the world have played catch-up, using interventions that Macau employed since the virus first broke. The Macau government’s arrangements for bringing home residents from across the world, swiftly, proactively, carefully and efficiently are exemplary. Macau has been a relative sanctuary; we are fortunate to live here, safe.

It’s exceptional to see an overcrowded, tightly packed, small territory keeping as protected as possible; the envy of other countries. The actions by the Macau government have been effective. These range from early testing, border controls and quarantining, to providing masks for residents, with millions of backup supplies, even if, in fact, their usefulness is questioned in some quarters. We should applaud the government’s moves to support workers who no longer have jobs and to provide additional internet access for students having to study online.

We can forgive the somewhat burlesque daily parade of seated, masked, non-speaking government spokespersons, many of whom are more concerned with checking their cellphones than actually participating apart from making up the numbers in the line-up: statutory roles becoming statuary roles. That’s normal in Macau.

Unlike other parts of the world, with some exceptions, Macau citizens heeded the words of the government saying that food supplies were not in jeopardy, and greedy hoarding died down on many items.

In times of tribulation it would be so good to see the vicious circle of famine, pestilence and war turn into a virtuous circle of prosocial behavior, mutual support and really helping each other, reaching beyond the tedious cheer-up song played nightly on Macau’s television channels, to helping the common good. The Macau government has given us a positive lead on this. Whilst pestilence still abounds, we must keep in mind Malthus’s comment ‘on the practical direction of our charity’ and pay ‘a just tribute to the exalted virtue of benevolence’. The alternative? Perhaps echoes of the Horsemen of the Apocalypse: famine, war, pestilence and death. 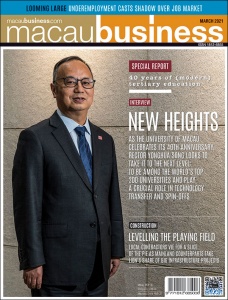 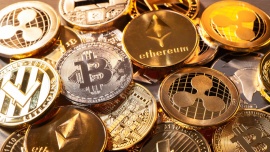 OPINION – China’s approach towards the Digital Yuan and cryptocurrencies

March 8, 2021
In my latest articles, I have analyzed many aspects of the Digital Yuan, such as...

March 7, 2021
The Legislative Assembly approved the Budget for 2021 at a time of great economic stress...

March 7, 2021
After a lengthy process of negotiation, lasting seven years and 35 rounds, the EU and...

March 6, 2021
udging from the draft decision of the National People’s Congress (NPC) of the People’s Republic...
Load more

OPINION – China’s approach towards the Digital Yuan and cryptocurrencies