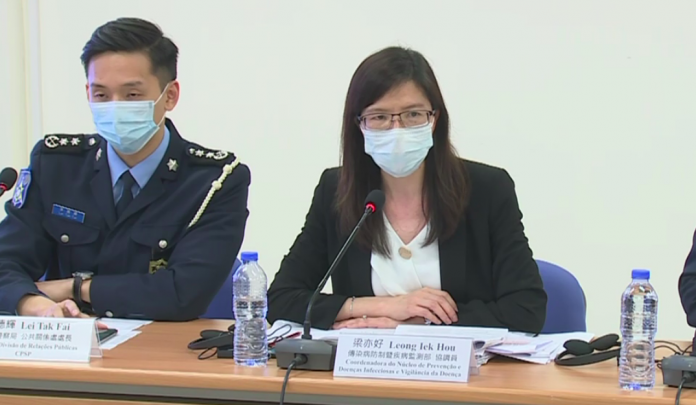 The first day of mandatory quarantine for anyone who travelled to countries and regions considered to be at a high risk of Covid-19 contagion has resulted in several conflicts between authorities and residents refusing to be subjected to quarantine.

Starting from midnight today, residents who have been in a high-risk foreign country in the past 14 days are no longer able to choose whether to self-isolate depending on the health authorities’ decision, and will instead be taken to the Pousada Marina Infante hotel, or possibly even to the Alto de Coloane health centre for a two-week quarantine period.

Furthermore, starting from midnight on March 18, all non-residents will be barred from entering the city, with the exception of work permit holders – known as blue cards – and residents from Mainland China, Hong Kong or Taiwan, with the quarantine measures mentioned before only applying to these groups.

Residents coming from areas outside this list can still undergo the quarantine at home, and tourists will be able to self-isolate in a booked hotel room.

The parents of six Portuguese minors informed Macau News Agency (MNA) today that the children, Macau residents aged between 13 and 17, were put into quarantine without being able to inform their parents or obtain their consent.

The minors were studying in Portugal, and returned to Macau this morning via Thailand, anticipating their Easter holidays since classes in Portugal have been temporarily suspended as a measure to stem the coronavirus spread.

One of the fathers, Bruno Simões, told MNA that, after arriving at the Macau International Airport at 3:00 am, the children were held for three hours and forced to sign letters of consent allowing authorities to quarantine them at a designated hotel.

Portugal is part of the Schengen space area now included in the list of high-risk foreign countries, and although children departed the country before the new policy was implemented, they arrived Macau after midnight today; this means they would now be mandated to go into quarantine at the Pousada Marina Infante.

Simões stated that, according to his lawyers, what authorities did was illegal, because consent to the quarantine had to be given by the minors’ legal guardians, who were at the airport waiting for their children’s arrival.

A photo of the letter of consent sent to MNA showed that Simões’ 14-year-old daughter had signed a declaration provided by health authorities accepting to be placed under medical observation.

“They should’ve informed the parents of what was going on. Nobody has contacted us so far […] I tried to reach the Novel Coronavirus Response and Coordination Centre Coordinator many times, but nobody picks up. Earlier, they were talking about home quarantine, now it’s hotel quarantine and closed borders […] The government has no respect for us because nobody told us anything”, Simões told MNA.

However, when questioned about the matter, the Centre Coordinator Leong Iek Long claimed that the parents were contacted by phone at the airport, but they refused to cooperate or sign the letter of consent.

“The minors informed their parents, who said that, as minors, their children could not sign any declaration. Our workers sent the declaration to the parents, who however refused to sign it. They took a photo and stated they would send it to the media, then contact their lawyers”, Leong said.

Leong added that the parents refused to undergo medical observation in the hotel, demanding instead a home quarantine which, under the new policy, was not allowed.

The confrontation resulted in the children being taken to the hotel after signing the declaration, more than three hours after arriving in Macau.

“These measures have the purpose to reduce and prevent contagion. Since the legal guardians did not collaborate with us, this made our work more difficult, with many tourists having to wait at the airport for the case to be resolved. We urge that our indications be followed”, Leong said.

According to the Centre coordinator, minors can be accompanied by a legal guardian while in quarantine at a designated hotel, but initially some of the parents refused to do so.

Of the three couples, two legal custodians later agreed to sign the declarations of consent and join their children in self-isolation, with the exception of Simões.

The father previously told MNA that the parents were only contacted after leaving the airport to go to the hotel, and that under the law authorities have to inform the parents withing 24 hours of the decision to put their children into quarantine.

“The declaration is only for them to understand what is happening. We know they are under age to sign it, but we don’t want misunderstandings, so we gave the children the declaration to read so they would be informed about the measures we would be taking. They then called their parents, and we sent the declaration to these latter, but they refused to even read it let alone sign it”, Leong said.

The Centre coordinator also referred to around 10 residents who were currently at the Macau International Airport after travelling to the city through the US, and who were refusing to go to the designated hotel, and stressed that under the local legislation health authorities can ask for the help of the Public Security Police Force to enforce medical isolation.

Leong added that the new quarantine measures have required that more human resources be stationed at the borders, which has resulted in several conflicts with travellers and even insults to health authorities and workers.

The Health Bureau Director, Lei Chin Ion, warned that under current regulations a refusal to go into quarantine and self-isolate can incur criminal sanctions.

In case of refusal, residents can appeal the decision to the Court of Second Instance within 72 hours, but will still have to remain under isolation until a decision is made.

Lei stressed that the health authorities were mainly responsible for local residents and not foreigners, with the recent two imported Covid-19 cases reported leading to the sudden change in policy.