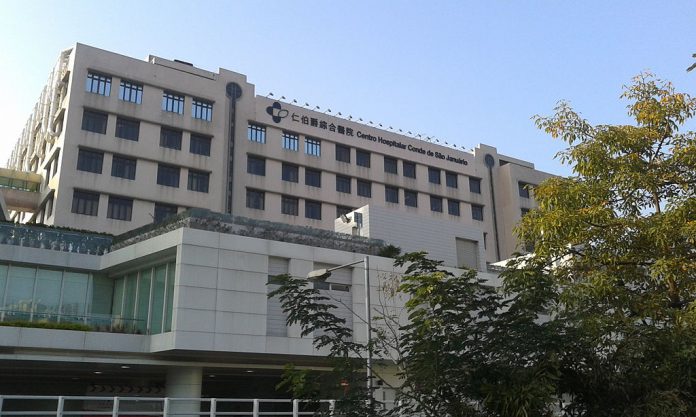 The Macau government announced today that the first confirmed case of the new pneumonia virus strain in the city has been recorded, with the case involving a Chinese woman who travelled from Wuhan to Macau.

The revelation was made today by the Secretary for Social Affairs and Culture Ao Ieong U in a special press conference held by the contingency center created yesterday to reinforce the response to the new type of coronavirus.

The patient in question is a 52-year-old woman from Wuhan who has travelled from the Hubei Province to Zhuhai by high-speed train. She entered Macau on the night of January 19 through the Gongbei Border and used a shuttle bus to travel to the New Orient Landmark Hotel. The woman stayed at the hotel most of the time, although she did go to a nearby restaurant.

Yesterday afternoon she showed symptoms of throat pain and cough. She was admitted to the Conde S. Januario General Hospital.

“She was then classified as a high-risk patient, we made coronavirus tests and the result was positive. We also conducted X-Ray which showed signs of viral pneumonia,” the Health Bureau Director, Lei Chin Ion, stated today.

However, the SS Director considered that the woman had not shown “dangerous” symptoms when being admitted in the hospital, such as fever, and considered she was not in a high level of infection that would be considered highly contagious.

Two of the woman’s friends, also Chinese tourists, were said to be under observation at the moment, with authorities looking for more people who were in contact with the patient.

Lei also noted that everyone who used the same shuttle bus or employees from the hotel who were worried they could also be infected could conduct health checks at the hospital emergency room.

“This is not an outbreak in the local community, it’s an imported case. Only when needed should residents use health masks, maybe if they work in casinos or have more contact with visitors. Or if they go to the hospital or health centre. Apart from that, we don’t think there is a need to use the mask. We will reinforce preventive measures. Visiting hours in the hospital will also be reduced” Lei added.

SS also suggested the hotel to conduct further sanitization works. Tests will be conducted on the gaming table where she played at the casino.

Authorities also requested gaming operators to continue with their reinforcement of health preventive measures, such as body temperature checks in entrances for visitors and workers and distributing health masks to workers.

If patients are found to have high body temperatures they will be forwarded to physicians for health checks; sanitization works will also be conducted on the property.

The current alert will remain at level 3, with only special preventive measures to be taken after this new imported case was reported.

Secretary Ao noted that with the Chinese New Year approaching, large scale events will be conducted. Residents that show similar symptoms or feel unwell should avoid attending such events and stay home, or use health masks when outside.

Chinese health authorities said today that more than 400 confirmed cases of new coronavirus-related pneumonia have been reported with nine deaths.

Overseas, one case has been confirmed in Japan, one in the US, two in Thailand, and one in South Korea.