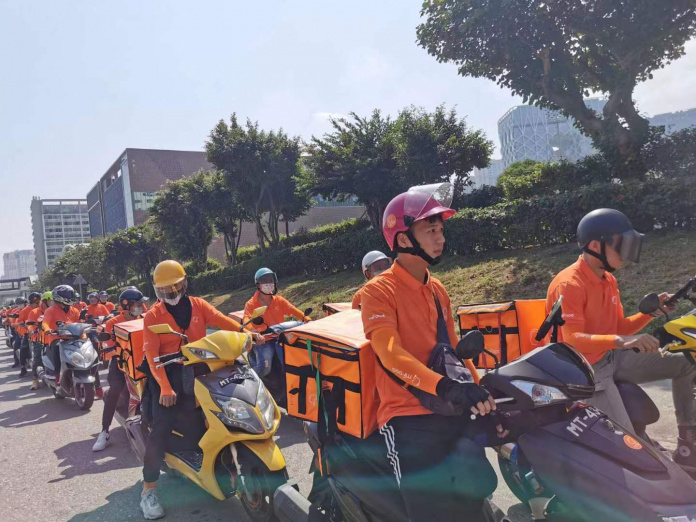 Food delivery company mFood has registered an average increase in daily orders between 15 per cent and 20 per cent since Sunday, due to the outbreak of covid-19 in the city, an official told Lusa.

On Sunday, the Macau Government decreed the state of immediate prevention, after having detected 12 cases of covid-19, asking residents to stay at home and commercial establishments to close doors, with the exception of supermarkets, markets and restaurants.

Authorities asked the latter to only serve takeaway meals, as a way of avoiding contagion.

Since Sunday, “the average daily ‘takeaway’ orders have increased by about 15-20 per cent”, underlined the director of operations of the mFood application, Bonnie Cheng.

Launched in October 2020, the mFood application, linked to the Macau Pass group, has already reached a market share of more than 50 per cent, added the official, who declined to mention the turnover last year.

According to the Municipal Affairs Bureau (IAM), the territory has 2,910 takeaway establishments.

The new outbreak accounted for 71 cases, bringing the number of infections since the beginning of the pandemic to 107.

Public services will remain until Friday and the authorities have also suspended the operation of schools, museums and social facilities that provide daytime services (day care centers, special care centers and community centers) and visits to nursing homes.