The Monetary Authority of Macau announced yesterday that the preliminary estimate of Macau SAR’s foreign exchange reserves amounted to MOP163.7 billion at the end of June 2010. The reserves rose by 3.4 percent from MOP158.3 billion for the previous month. When compared with a year earlier, the reserves increased by MOP21.8 billion or 15.3 percent. Macau’s foreign exchange reserves at end-June 2010 represented 32 times the currency in circulation. 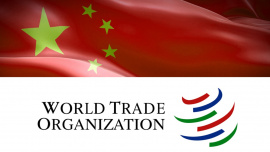