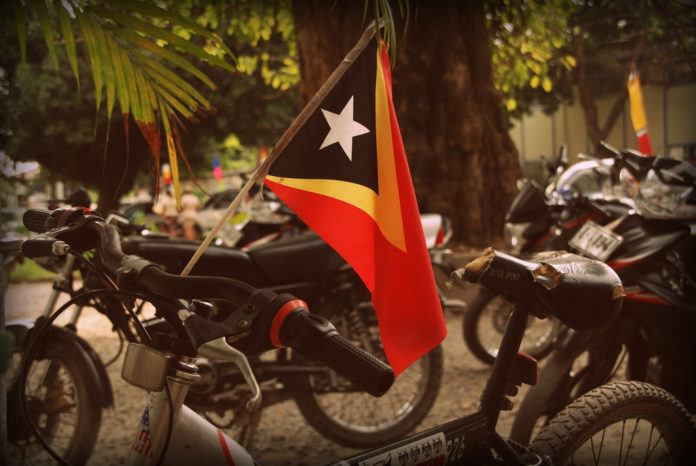 Lusa – An Australian Border Force (ABF) source confirmed that two Portuguese had entered the country illegally, refusing to provide additional information about their identity or process.

Portuguese consul sources indicated that it is indeed the Guerra couple, with both having traveled with their Portuguese passports and ID card but without an entrance visa for Australia.

The couple are being held at the foreigners’ shelter near Darwin airport, where Tiago and Fong Fong War arrived by boat on  November 9, according to ABF.

The same Portuguese consular source confirmed to Lusa that the matter is being monitored by the Portuguese authorities and that the processing of the case can “take up to two weeks”, according to local legislation.

Álvaro Rodrigues, the couple’s defence lawyer, told Lusa that “so far” he did not receive any information or contact about the matter, and has yet to confirm whether the couple is in fact in Australia.

“As of now, we haven’t had any contact from East Timor, Portugal or Australian authorities,” he added.

No comment from the East Timor Public Prosecution Office was provided.

The Portuguese embassy in Dili has refused to comment on the issue, directing a response to the Portuguese Foreign Affairs Ministry in Lisbon.

According to the law, Portuguese passports are issued using the Passport Issue Database (BADEP) with the law in force to determine the conditions for preventing the granting of a passport in case of non-citizens facing court trials.

‘The conditions for preventing the granting of a passport are collected from judicial decisions with verdict of finality, communicated by the courts or by accessing, for mere consultation of the information, the database of registration of assemblies, under the terms legally established’ the law indicates.

The couple were arrested by East Timor police in Dili on October 18 of 2014 and were prevented from leaving the country, with Tiago Guerra being forced to report weekly to the East Timor National Police (PNTL) on Monday.

Lusa confirmed that Mr. Guerra reported his presence last Monday, and it was not possible to obtain any official comment from the PNTL todayas it is a public holiday in the country.

On 24 August a panel of judges of the Dili District Court sentenced the Portuguese couple Tiago and Fong Fong Guerra to eight years’ imprisonment and compensation of US$859,000 for embezzlement.

The court declared the two defendants co-perpetrators of the embezzlement crime and acquitted them for the crimes of money laundering and document falsification of which they were equally accused.

The couple appealed the sentence, asking for acquittal and considering that it “suffers from insanitary nullities” more common in “undemocratic regimes”, based on manipulated and even prohibited evidence.

About 3,500 people signed a petition, which has already reached the Portuguese parliament, to ask the government to extradite the couple to Portugal.

The petition, which reached the Portuguese Parliament in October, claims that “the Government of Portugal will request the East Timor government to transfer this process to Portugal , since the East Timor judicial system has proved incapable of dealing with a case like this

August 19, 2022
China will accelerate the development of cruise and yacht equipment and the relevant sector to...
Load more