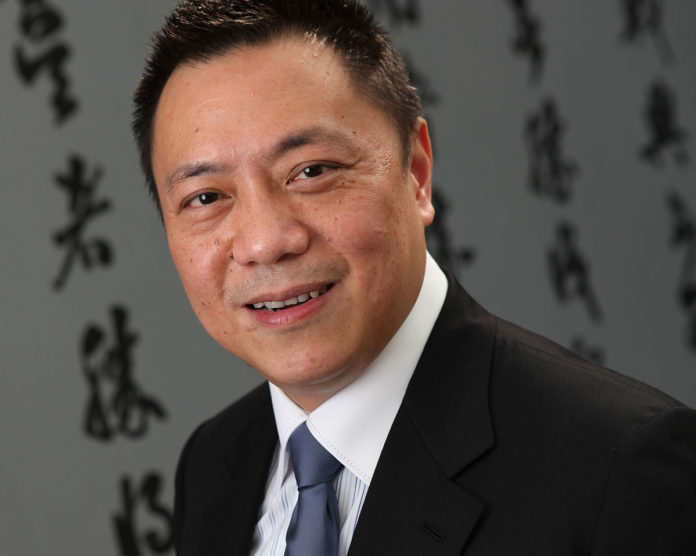 Former Secretary for Economy and Finance, Lionel Leong Vai Tac, could become a member of the administration board of Portugal’s largest construction group, Mota-Engil, as a representative of shareholder China Communications Construction Co. Ltd (CCCC).

Mota-Engil is a Portuguese group in the sectors of civil construction, public works, port operations, waste, water, and logistics, in which Chinese state-owned construction enterprise CCCC has acquired a 32.4 per cent stake in 2021.

The group’s statutes give a shareholder, or group of shareholders holding at least 30 per cent of the share capital, the right to prevent the approval by the general meeting of resolutions on various matters, as well as the right to designate a third of the members of the management body.

Mota-Engil administration board will convene on May 2 for a general assembly, and according to the general meeting convocation letter, among other issues, the board will discuss and vote if Leong will be elected as a member for the current term of office corresponding to the 2021/2023 three-year period.

Following his term as Macau SAR Secretary for Economy and Finance between 2014 and 2019, Leong has acted as Member of the Council of Advisors (COA) of Boao Forum for Asia (BFA) and Executive Chairman of its International Science, Technology and Innovation Forum (ISTIF), and finished a Doctor of Laws Degree at Peking University of China in Beijing.

The group has also underlined that as of the present date, Leong does not hold shares or bonds of Mota-Engil, SGPS, S.A.

In 2021 Mota-Engil shareholders approved a new reduced 14 members-board that included five members nominated by Mota, five by the Chinese group, and four independent, with António Mota remaining as chairman and Gonçalo Moura Martins as executive chairman.

Chinese executive Wang Jingchun was also appointed as a Member of the Board of Directors and Executive Committee.

Mota-Engil is currently present in 20 markets, including Portugal, Spain, Ireland, the United Kingdom, Poland and 11 countries in Africa.

The Chinese state holds a 63.8 per cent position in CCCC through the State Assets Supervision and Administration Commission of the State Council, has a turnover of USD 79.9 billion.

CCCC has indicated last year it plans to better cooperate in engineering innovation, procurement, engineering and construction ventures, and an investment in infrastructure concessions.