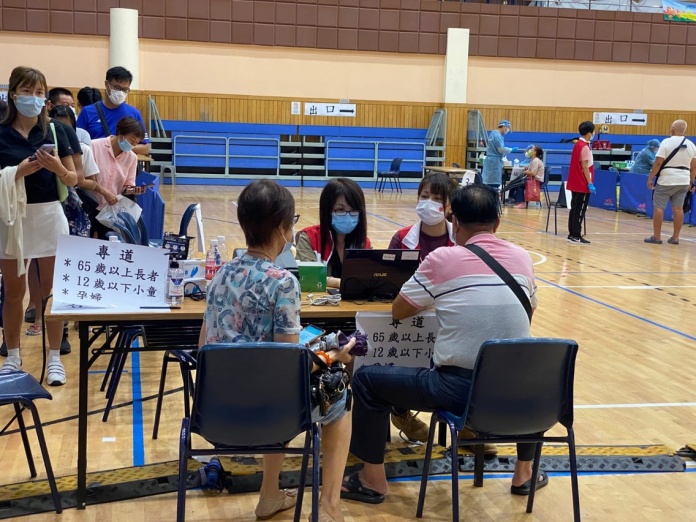 Health authorities have announced today (Thursday) that four nucleic acid tests will be available for people in urgent need of crossing the local borders.

Currently, anyone needing to cross the borders with Guangdong is required to provide a negative certificate for a test taken in the previous 12 hours, leading to a large number of non-resident workers or residents living in Zhuhai using the local public centres also being used for the city’s mass testing initiative.

After negotiating with a third party entity, Kuok Kim (Macao) Hygiene Testing Company Limited, a total of four locations will be designated for residents to be tested at their own expense and issue the required 12-hour paper certificate.

The Novel Coronavirus Response and Coordination Centre also advised residents that given the large volume of samples collected by the nucleic acid testing program, the time required to upload the test result into the Health Code can take up to two days.

The Nucleic Acid Testing Program for the entire population – which includes 42 centres spread over the SAR free of charge – also does not provide the nucleic acid result certificate in paper.

After four local confirmed cases were reported this week a three-day citywide testing drive was initiated, starting from 9:00am August 4 until 9:00am August 7.

After a request by local authorities, the Guangdong provincial government also dispatched a technical team of 300 qualified health professionals to Macau, which have already completed the border formalities and will be distributed to support the work of the various nucleic acid testing posts.

The added resources are expected to help improve the effectiveness of mass testing and reduce the waiting time for residents.

September 24, 2021
The African Development Bank has approved a loan of €20 million to Cabo Verde to...