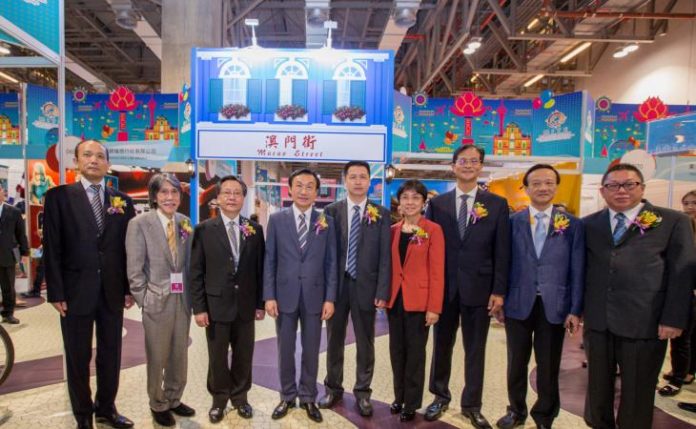 In his remarks at the opening ceremony of the Macau International Travel (Industry) Expo (MITE) on Friday, Secretary for Social Affairs and Culture, Alexis Tam noted the governments increased role in this years edition  which boasts further ties for China and Portugal.
“This year, the Expo is organized by the Macao Government Tourism Office for the first time, and coordinated by the Macau Travel Agencys guidance and involvement as well as close collaboration with our industry. The Expo is set to achieve greater effectiveness and contributions to the industry, commented Secretary Tam.
This years exhibition featured a new program entitled: China  Portugal Tourism Seminar & Networking as its main highlight. The seminar invited distinguished speakers to present special topics including new trends in Free Independent Travel in the Asia-Pacific region and smart tourism.
Expo is improving
There have been a number of improvements in the Expo, noted China Travel Service (Macao) Ltd. (CTS), a participant in previous exhibitions.
“The past two editions [of the Expo] started [to provide transportation] for local residents [] this years edition has more tourism-themed [exhibitors], probably required by the organizer. Last year there were more [exhibitors who] sold products [unrelated to tourism]. This year it is more professional in terms of the venue itself and the decoration [of the booths]. [This years Expo] has learnt from the previous experiences, commented Patrick Puk, Travel Department Assistant General Manager of CTS.
Kay You, Cultural Travel Planner of local travel agency Multinational Youth Travel Agency Limited (MYTA)  a participant in previous editions of MITE – commented that the local government attracted more participants as well as providing a wider promotion platform.
Big market in Macau
Yasumasa Shimizu, Senior Director of the Japan National Tourism Organization (JNTO), told Business Daily that in terms of trends, Macau residents tend to travel to South Korea rather than Japan, but that neighbouring Hong Kong, has a completely different scene.
“In Hong Kong last year about 1.5 million people [travelled] to Japan, its about 20 per cent of the population, Mr. Shimizu said.
Mr. Shimizu also stated that there are only three destinations in Japan that have flights to Macau, whereas there are more from South Korea.
The Director of JNTO indicated that according to their data, from 2014 to 2015, there was a 78.1 per cent increase in the number of people from Macau visiting Japan, commenting that there is a potential market in Macau if more promotions are organised.
No impact even during slump
Despite the slump in casino revenue seen in the past years, Ms. You of MYTA travel agency said the economic downturn had not had any significant impact on their sales performance.
“Although this years economy declined slightly, we will readjust [our market policy in order] to suit the current economy [] such as strengthening our promotions, commented You.
Mr. Puk, from CTS agency, also opined that the decline in the citys economy has in fact created more sales opportunities.
“In general, [the level of] Macaus salary has improved the slump [in the economy] previously, to the contrary, has led more people to travel because casinos have approved more vacations to their workers, including paid and unpaid leave, Mr. Puk explained.