The International Consortium of Investigative Journalists (ICIJ), in cooperation with German newspaper Süddeutsche Zeitung and news organisations from Europe, South America, Asia and Africa, yesterday released the latest information about offshore companies registered in the Bahamas. According to the latest discoveries however, no offshore companies have been linked to Macau.
The leaked files revealed more than 175,000 Bahamian companies that were registered between 1990 and 2016, linked to more than 25,000 people.
Officials affected by the leaked Bahamian files include prime ministers, ministers, princes and convicted felons. The new leaks also revealed 539 intermediaries who had served as the middlemen between Bahamian authorities and customers.
Unlike the Panama Papers, the information listed in the new Bahamian documents is less detailed in terms of content, but the new leaks do provide fresh information about the offshore dealings of politicians, criminals and executives as well as bankers and lawyers who help move the money.
Again, the ICIJ noted that it is not illegal in general to own or be the director of an offshore company, remarking that in many cases there are legitimate business reasons for setting up an offshore structure.
Earlier this year, Chief Executive-appointed legislator and lawyer Vong Hin Fai and local auditor Leong Kam Chun were both named in the Panama Papers as shareholders of an offshore company named Perfect Talent Group Ltd. The offshore company was registered in the British Virgin Islands and set up in January 2004 through Mossack Fonsenca. 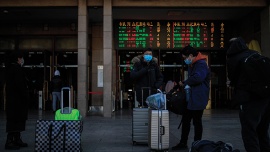 SAR will likely have to wait for higher vaccination coverage for central Gov’t to ease...

February 26, 2021
Macau will likely have to wait until more than half of the population is vaccinated... 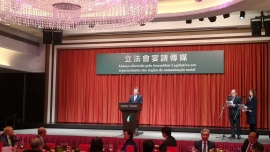 February 26, 2021
Junket group Suncity has partially denied a recent rumour that it had closed down five...
Load more