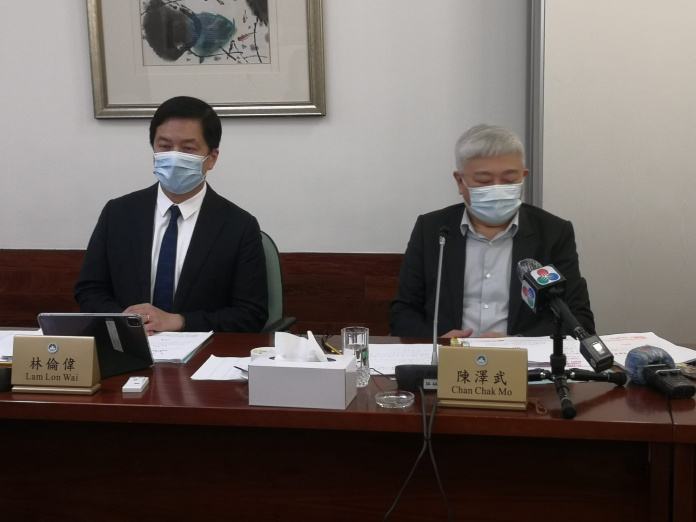 Gaming concessionaires could see their tax burden reduced if they manage to attract clients from other jurisdictions outside Mainland China, the Legislative Assembly standing committee currently evaluating the bill revealed.

After several meetings held by the AL commission to debate the first version of the general gaming law, an amended version has been provided by the government to the commission today (Friday) with several changes included, committee chairman, legislator Chan Chak Mo indicated after the meeting.

The Macau SAR government charges an effective tax rate of 39 per cent on casino gaming gross revenue, 35 per cent in direct government tax, and the remainder in a number of levies to pay for a range of community and social causes.

A levy of 1.6 per cent is also collected by authorities to concessionaires to fund the Macao Foundation’s cultural, social, economic, educational, scientific, academic and philanthropic activities, with another 2.4 per cent collected for urban and tourism development, and the local social security fund.

However, according to the new gaming law draft submitted by authorities to the commission today, gaming operators could see these two extra levies exempted if they can prove they have attracted gamblers from other jurisdictions to the SAR.

“The government thinks we have to explore more foreign markets to attract clients from other clients since most of our clients come from mainland China, they say we need to do this to attract more foreign clients,” Chan said after the meeting with the media.

“Before almost 80 per cent of gamblers and tourists come from mainland China, 10 per cent from Hong Kong and five per cent from Taiwan. But we also used to have more tourists from Thailand, South Korea and Japan”

One of the reasons cited by Chan for the change included amendments to China’s criminal law in 2020 targeting overseas gambling operations targeting Chinese nationals.

The new crime added to Article 303 of China’s criminal law targeted gaming activities both within and outside of China and stated that guilty parties could be jailed for between five and 10 years if found to be organizing or soliciting Chinese citizens to gamble outside the country’s borders.

“Considering the changes in the Chinese gaming criminal law, maybe we need to explore other markets, that’s why the government changed this article, to try and attract more foreign clients,” Chan added.

However, Chan noted that the Chief Executive will still have to authorise the exemption after consulting the Macau Gaming Committee, and exceptions could be of different levels to different concessionaires, according to the success of their client diversification efforts.

The committee head said he agreed with the changes but noted that some legislators were worried the exemption could have an impact on the local social security fund.

Chan also estimated that after two or three more meetings the commission will be able to sign the final draft version on June 10 and submit it to the AL plenary for voting, right before the current deadline for the end of gaming concessions on June 26.