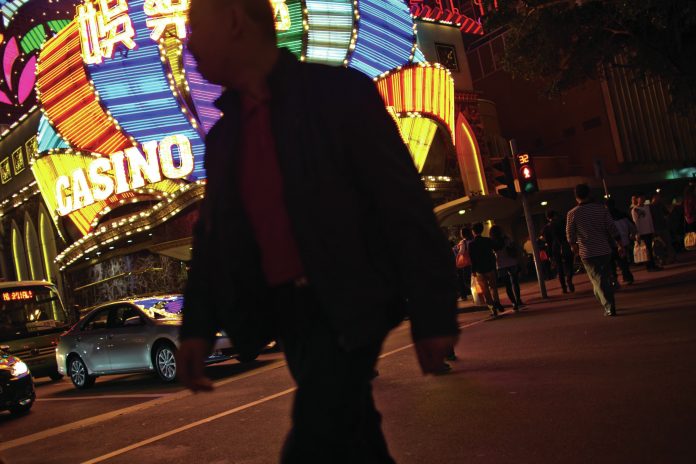 Local analysts and gaming researchers were divided over if the junket sector will still have a role in the future gaming sector in the SAR, after the repeated ‘hits’ the sector took this month.

Speaking on the sidelines of a responsible gaming ceremony event held by the Social Welfare Institute, Wang Changbin, Director of Gaming Teaching and Research Centre in the Macau Polytechnic Institute told Macau News Agency that he does not see a “promising future” for VIP gaming promoters in the city.

“First you had the Court of Final Appeal decision [on the Wynn Macau/Dore] case and the recent [arrest] cases. All of this will obviously mean a very hard time to the VIP sector,” Wang state.

The sector has recently been shaken by the high-profile arrest of Alvin Chau the founder of its biggest player, Suncity, as well as by the latest final judgement of the Macau court on the so-called “Dore case” that local casino operators are liable on a joint basis with junket operators for deposits made at the VIP rooms run by the junkets.

Aside from the most recent incidents, Wang noted the sector was already being compounded by the impact of the Covid-19 pandemic.

“Obviously, the VIP business will have a very hard time. If the pandemic can be controlled, I think the mass market would be fine. But Covid-19 has had many ups and downs so we don’t know. I think maybe they will have some frustrations”

Meanwhile, speaking after the same event former legislator and Professor of the University of Macau Faculty of Business Administration Department of Integrated Resort and Tourism Management, Davis Fong, posited that as licensed entities in the Macau SAR, junket should be able to have a role in the local gaming ecosystem, but advised them to direct their operations to closer markets.

“I am thinking some of the junkets may change their models, to find good VIPs in Hong Kong, Taiwan, Southeast Asia. This part of the business may compensate for the loss of Chinese VIP players,” Fong noted.

“In Macau, they are legal, as long as they meet the requirement of Macau Law. So if junkets are looking for future development, I strongly urge them to look for the Southeast Asian market. We do a lot of business nearby, such as in Hong Kong where even don’t need to fly to. They can go by boat or car, make more connections. I believe junkets will still be able to do business”

With many gaming operators announcing the closure of several junkets operated VIP rooms, the researcher was also adamant that VIP rooms will still exist, but most operate directly by the property operator and not by third-party operators.

Locally licensed junket operator Sun City Gaming Promotion Company Limited (SCGPCL) announced it has officially been wound up since Friday, following the closure of all its VIP rooms in the city on December 1.

Meanwhile, last week gaming promoter Tak Chun – considered the second largest to operate in Macau – also announced in an internal statement some ‘individual casinos’ will temporarily suspend their cooperation relationship with them, with workers to be dismissed.

According to Fong as a business agreement after termination gaming operators would be required to inform the DICJ, however, the local law does not specifically state they are required to do so immediately.

The number of licenses issued by the Gaming Inspection and Co-ordination Bureau (DICJ) each year has already been on the decrease, from a high of 235 in 2013 to just 85 in 2021.

Licenses will expire on December 31 with operator shaving already submitted their requests for renewal to the DICJ, with Fong suggesting operators might just wait for this timeline to decide.

“Now the timing is very close so will the operator need to inform DICJ immediately after contract termination? The law doesn’t regulate this rigorously”

“So in general, about 30 per cent of revenues was contributed by junkets. Let’s assume we forget this part of business, we will still have 60 per cent of the total gaming revenue,” Fong highlighted.

The former legislator underlined that if the mass market recovered to pre-pandemic levels, government estimates for MOP130 billion in gross gaming revenue would be achievable, taking into consideration the previous correlation between visitor numbers and gaming results.

“Recently the tourist numbers have increased from about 20,000 to 31,000 daily. Tourists from China have already been constrained for two years. If they have a chance come to travel, their tourist excitement will be better […] HK has a high possibility to open the border to Macau now, don’t forget before the pandemic, HK people represent 20 % of the market,” he added.

Concerning gaming operators profitability, Fong calculated that concessionaires rely more and more on the premium mass market, which represented about 20 to 30 per cent of their EBITDA while junket VIP maybe range from 5 to 10 per cent.

“That means that if one day we can increase more and more premium mass market by some 10 per cent, this could replace 20 per cent in lost VIP’.

In a recent report on the issue, analysts from Sanford C. Bernstein considered that’ junkets will ‘disappear’, but with premium direct and premium mass to benefit, in a transition that will make the industry ‘less volatile’.

‘As junket business goes away, some players may well shift and we forecast that between 15-30 per cent of junket VIP business could shift back to premium direct and premium mass and potentially more,’ the brokerage added.

Considering exposure by gaming operators to VIP, Bernstein indicated that Sands has had the least exposure to VIP at only 26 per cent, while Wynn, Galaxy and Melco
had higher VIP exposure at 49 per cent, 48 per cent and 45 per cent, respectively.