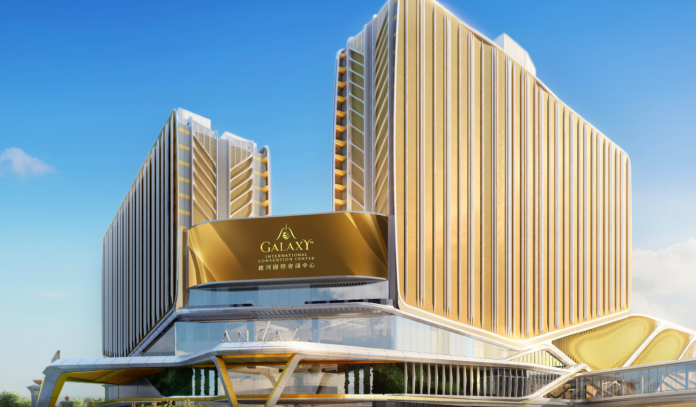 Gaming operator Galaxy Entertainment Group saw its operating results drop in the first quarter of this year but underlined the gradual increase in visitor arrivals in the SAR, which has translated into increased gaming revenue.

GEG’s Adjusted EBITDA in the first three months of this year amounted HK$859 million (US$110.6 million), more than tripled year-on-year by down 15 per cent quarter-on-quarter, due to a ‘one-off HK$100 million COVID-19 insurance claim’, the company noted in its financial report.

“Going forward in the medium to longer term, we remain confident in the future of Macau. We have seen signs of early recovery post the reinstatement of the Individual Visit Scheme in late September 2020 and it may take a few more quarters for business volumes to ramp up,” Chairman Lui Che Woo stated in the report.

‘However, we do acknowledge the ongoing difficulties associated with COVID-19 and potential future flare ups of COVID-19 could have a material adverse impact on our financial performance’.

The group’s net revenue was also up by only 1 per cent year-on-year to HK$5.1 billion, but flat quarter-on-quarter, but with net gaming revenues rising 3 per cent to HK$4.8 billion.

While mass-market gaming results only saw a 1 per cent quarter-to-quarter uptick to HK$2.8 billion, VIP gaming revenue was up 10 per cent to HK$1.8 billion.

GEG also noted that due to the pandemic the timelines provided for its Cotai Phases 3 & 4 expansion projects ‘may be impacted’.

Set to open in the second half of 2021, Phase 3 expansion will include the Galaxy International Convention Center (GICC), an event venue with a total MICE space of 40,000 square meters for meetings, incentives, conferences and exhibitions.

An Andaz Macau with over 700 rooms, lounge, a bar and restaurant, fitness center and an indoor pool, and a 16,000-seat Galaxy Arena for world-tour concerts and spectacular large-scale sporting events are also included in the project.

The Galaxy Macau property will also add a Raffles brand hotel, featuring an approximate 450 all-suite tower. The property is targeted to open in the latter part of 2021 or early 2022.

GEG also some HK$42.4 billion in held cash and liquid investments, plus HK$8.8 billion in debt, including HK&8.3 billion associated with its treasury yield
enhancement program and HK$0.5 billion of core debt.

“Our conservative financial management provides the Group with valuable flexibility in managing our ongoing operations and allows us to continue with our longer-term development plans,” Lui added.