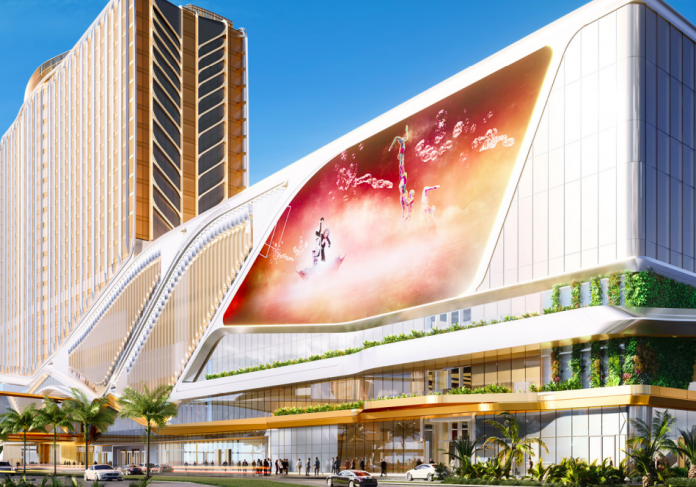 Gaming operator Galaxy Entertainment Group has reported a 22.3 per cent quarter-to-quarter decrease in net revenues during the third quarter of this year, for a total of HK$4.3 billion (US$551.9 million), while group adjusted EBITDA was cut by half to HK$50.3 billion, the concessionaire revealed in a dispatch of unaudited key performance indicators.

‘Our performance was supported by our continued vigilant focus on our cost control measures across the Group. We also continue to improve our properties including enhancing our retail experience by adding more world class brands, among others, where retail delivered another solid performance. Our balance sheet remains liquid and healthy,’ chairman Lui Che Woo says in the report.

The group held HK$38.4 billion in cash and liquid investments, HK$27.8 billion in net cash and a total debt of HK$10.6 billion for this period.

Concerning its Phase 3 expansion of Galaxy Macau, the operator considered it wished to align the opening with ‘prevailing market conditions in 2022’, with the expansion to include a Raffles brand hotel with an approximate 450 all-suite tower, and its Galaxy International Convention Center.

‘We intend to follow this with the opening of the GICC and Andaz Macau in anticipation of the recovery of the MICE and entertainment markets. We are also continuing to proceed with the construction of Cotai Phase 4,’ the group added.

The group also addressed the 45-day gaming law revision public consultation, stating that its key points were ‘not a surprise to those who closely follow Macau’.

he public consultation – which finished on October 29 – held a session reserved for gaming industry representatives on September 20 and sessions on four consecutive days for the general public between October 22, 23, 24 and 25, with analysts and investors expecting the sessions could provide some clues concerning the authorities true intentions.

‘We believe that the suggested proposals if implemented would improve the regulatory oversight of the industry, increase the sector’s transparency and secure the long term viability of Macau’s most important economic pillar,’ the group added.