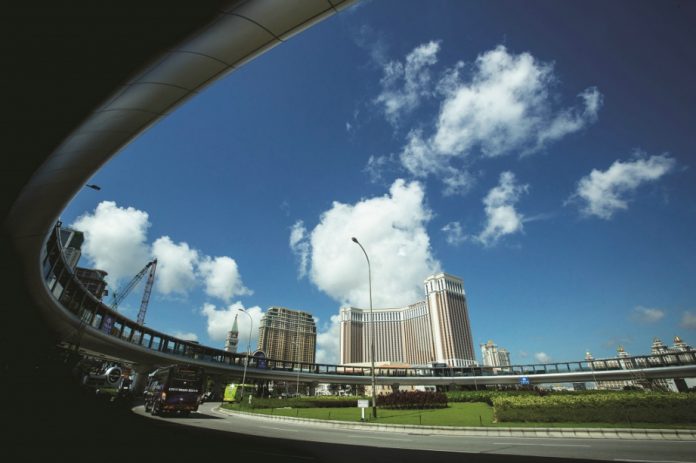 Macau today launched its public consultation with respect to revising a gaming law and industry framework first enforced 20 years ago, and although many details concerning the future legislation will still be fleshed out.

‘It is not yet announced how many concessions will be granted but to us, it is clear there will be at least six – the current six) and the chances of additional concessions are low as the government repeated the mantra of sustainable development,’ Sandford C. Bernstein analysts indicated in a note on the public consultation announcement.

‘The government highlighted that it is important to maintain a certain […] appropriate gaming scale […] to ensure continuous tax contribution, to benefit the public welfare and provide revenue for government expenditures […]. Our view remains that the six operators here today, will be here tomorrow,’ the brokerage noted.

Analysts from Morgan Stanley subscribed to this view but warned that there could be risks to third-party casinos, known as ‘satellite casinos’ which operate under a separate agreement with gaming concessions, most of which under SJM’s gaming license.

The duration of the new concessions was also not made clear by authorities and will be discussed in public consultations, with the Macau government seemingly implying that a 20-year term may be too long.

Analysts from both brokerages agreed the current 20+5 concession period could be reduced, possibly to 10 years.

The public consultation document also proposes to include in the gaming law penalties against accepting cash or other deposits illegally, and if violations are made by VIP junkets, the gaming concessionaires should bear the corresponding legal responsibility.

The document clearly defines the criminal liability and administrative penalty system with authorities adding criminal responsibility for illegally accepting cash or other deposits, suggesting offenders could face a sentence of up to five years in prison or they could be fined.

‘Junket regulation and supervision and regulation over “investor deposits” in junket rooms. This has been flagged before repeatedly. Junkets have lacked proper oversight and regulation (although regulation has improved over the past 5+ years), and a key area will be reigning in junket activities,’ Bernstein stated.

‘This has been clear for some time and will lead to a much smaller junket operation in Macau than in the past (again, nothing new). Junket deposits have been a problem in
the past (recall the Dore scandal, among others) and the government has been vocal about the need to reform this system’.

in 2015, Dore Entertainment Limited, one of the largest gaming promoters in Macau, allegedly saw the manager of one of its VIP rooms absconds with located at Wynn Macau.

After Dore’s refusal to repay the funds, several patrons went to court to see their request fulfilled, with one case involving a reimbursement request with default interests of HK$6 million in freely redeemable gaming chips on deposit demanding Dore as the recipient of the deposit and Wynn as jointly and severally liable for the activities carried on by gaming promoters inside its casinos.

A TSI decision later ruled that no factual elements showed whether the deposit had any connection with the gaming promotion activity and, consequently, decided in favour of Wynn’s motion, but an appeal is still pending with TUI.

Similar cases have occurred over the years with the issue of the liability held by gaming operators over junket deposits operators in casino VIP rooms remaining undefined but of crucial importance for the sector.

According to analyst D.S. Kim from J.P. Morgan said the bank was downgrading all Macau gaming names from overweight to neutral or underweight due to heightened scrutiny on capital management and daily operations ahead of licence renewals.

“We admit it’s only a ‘directional’ signal, while the level of actual regulation/execution still remains a moot point,” the analyst said adding that the announcement would have already planted a seed of doubt in investors’ minds.

Shares in all six casino operators collapsed today after the Macau government revealed its intentions for the future gaming law and increased supervision of the sector, with almost US$16 billion in share value wiped out in one day.

The public consultation document also showcased increased oversight by authorities on gaming operators operations, dividend distribution, and the percentage held by Macau residents, with the government proposing for official delegates to be appointed to oversee concessionaires.

The government recommends that operators must meet certain requirements and obtain government approval before distributing profits, no matter whether it be in cash or shares, and the percentage of shares owned by the local Managing Directors should increase from the current 10 per cent minimum.

The government will hold five consultation sessions through October 29, including discussions with gaming operators and junkets, with a first session to be held on September 20 with industry representatives, and four public sessions on September 29, October 3, 13 and 19.

Authorities will then have a 180 day period to publish the final consultation report after which the gaming law draft will be submitted to the Legislative Assembly.

‘It is possible that much of this can be finished by year-end. There is no indication whether the existing concession terms will be extended or if the government plans to hold a tender process prior to June 2022. It is still possible under the above timetable that a tender can be held early next year to award the new concession terms,’ Bernstein added.

The Chief Executive of Macau can still extend the concession by up to 3 more years assuming SJM/MGM expiry deadline will be kept in line with the other four operators.