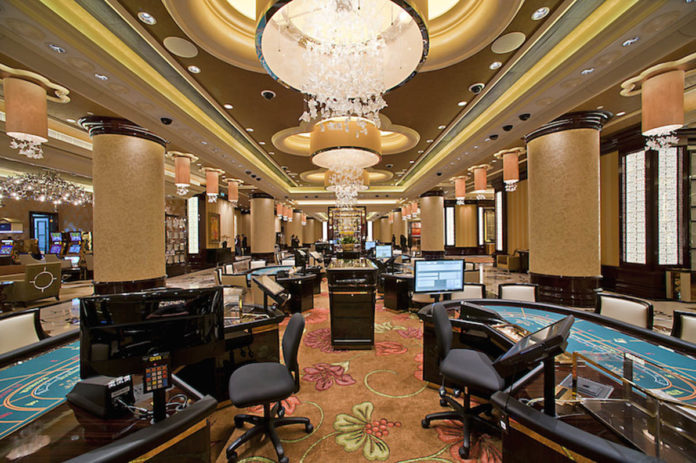 The Legislative Assembly standing committee evaluating the wording of a new draft bill that will regulate junket operators, their sub-agents, ‘satellite casinos’ managing entities and their relation to gaming concessionaires has posited that the bill could allow for non-resident junket collaborators.

The new bill – broadly named ‘regulations for operating games of chance in casinos’ – will effectively replace the 2002 administrative regulations that governed the licensing and activities of gaming promoters, also known as junkets, and turn them into a new law.

The bill – revealed on March 31 – was proposed in tandem with the current amendment to the general gaming law already under the AL second standing committee evaluation stage and approved at the AL on April 20.

The revised version of the general gaming law amendment is expected this week but has not yet been submitted, committee chairman Chan Chak Mo said today (Tuesday) after a meeting to go over the details of the new ‘regulations for operating games of chance in casinos’ draft bill.

The draft also proposes the requirements for the junket sub-agent to be authorised to operate if approved, a group scarcely regulated by the previous legislation, that consists mainly of people that collaborate with Macau junkets to introduce players, but that was not previously licensed by the city’s government.

According to the draft bill, sub-agents must be Macau residents over 21 years of age, prove their ‘suitability’ and provide a declaration by the junket they intend to establish a collaborator contract.

“They might not be residents but must prove suitability. There could be flexibility for non-residents to become collaborators. Let’s say the client is Russian and they might ask someone who speaks Russian to provide support,” Chan noted.

However, the committee chairman admitted this was the committee’s interpretation of the issue and not something specified by government representatives.

Under the proposed law junket collaborators would be considered self-employed freelance workers with no employment relationship with junket promoters. They are also required to submit the contract to the Gaming Inspection and Co-ordination Bureau (DICJ) for approval.

Collaborators will also not be allowed to provide loans or solicit cash or gaming chip deposits from players, either personally or via a third party.

The DICJ will determine the maximum number of sub-agents allowed in the SAR annually until October 30 and, together with the Financial Services Bureau (DSF), will be responsible for overseeing the correct enforcement of the new law, possibly soliciting the assistance of police authorities.

“The requirements to be a collaborator are not as rigorous there’s some suitability review, needs to not have a criminal record, there would be no need for an academic degree […] A contract between the junket and collaborator also needs to be delivered to the concessionaire, which has to recognise that collaborator,” Chan noted.

One of the articles included in the draft bill also establishes the maximum number of junkets each gaming concessionaire will be allowed to establish cooperation agreements which will also be defined annually until November 30.

While in the future junkets will only be allowed to do business with one sole gaming operator, gaming concessionaires will be allowed to have a business relationship with more than one gaming promoter.

Inquired what criteria will be used by authorities to define the maximum number of allowed annual junket partner quota a gaming operator will be assigned, Chan noted the commission also “had some doubts” over this matter.

“The government says it wants to regulate the sector and control its development, but what will be the limit? The DICJ will allow for a concessionaire to sign a contract with 10 promoters, next year may be more or less, but each year there will be an exact number. This limit will take into consideration the development of the sector but the government has not precisely the exact criteria,” Chan noted.