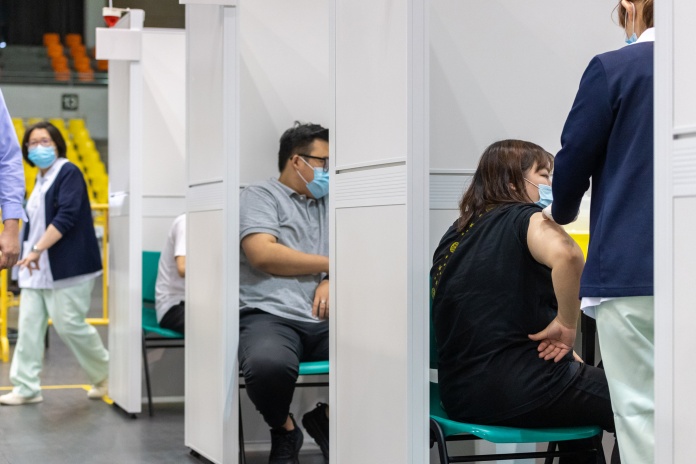 All internal announcements mandate that in order to help reduce the transmission risk and the spread of Covid-19 to others, all team members working in Macau are required to present a vaccination certificate or a negative test certificate starting from October 25 or suffer employment consequences.

“Team members who cannot present a negative nucleic acid test result are prohibited to work and will be considered as an unjustified absence with a disciplinary action in place unless team members applied their own leaves in advance,” the memo of one of the operators states.

In the case of this gaming concessionaire, employees would be exempted from providing a negative test result every seven days in the 30 days after receiving a first vaccine dose.

If the required second dose is not taken in the 30 days after the first, they would again have again to present a negative test result before reporting to duty. Employees have to pay for the tests at their own expense.

The guidelines mirror a similar policy enforced by the Macau SAR government for public workers and effective since September 27.

It was previously expressed by local health authorities that the current ‘zero cases’ policy followed by the Macau government will remain until vaccination rates reached at least 80 to 90 per cent of the local population.

The overall vaccination rate in Macau reached 59 per cent, some 66.5 per cent in the different target groups 12 years or above, and reached 78 per cent for civil servants.

Vaccination is still not allowed for people under 12 years of age, therefore residents over that age were defined by authorities as to the current target group.

Since Macau began reporting local Covid-19 cases on September 25, Zhuhai announced a 14-day quarantine measure for any entries via the SAR.

Macau has since then completed two rounds of COVID-testing covering all residents from September 25 to September 28, and then from October 4 to October 7.

Due to the city’s effective border closure with China since September 26, visitation between the Golden Week holiday period between October 1-7 averaged only 1,200 arrivals per day.

October 24, 2021
Human Rights Watch called on the United Nations to pressure Mali in weekend talks to...