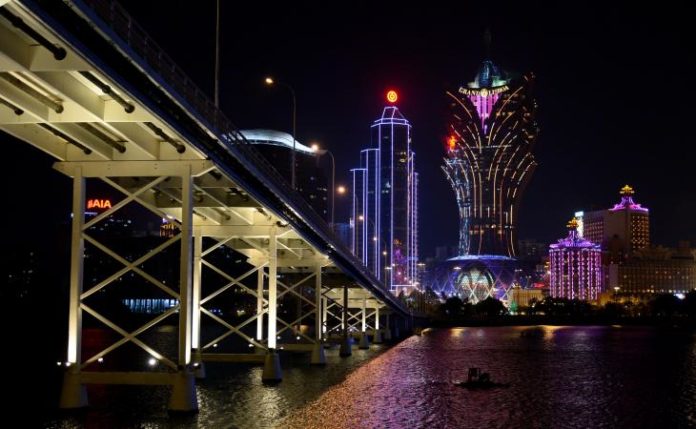 The city’s gross gaming revenue (GGR) declined 9.6 per cent year-on-year during the month of May to MOP18.4 billion (US$2.3 billion), according to data published yesterday by the Gaming Inspection and Co-ordination Bureau (DICJ). The decrease exceeded analysts’ estimates by varying amounts – with Bloomberg predicting an 8 per cent decrease, while investment bank Union Gaming predicted a 9.1 per cent drop. However, analyst Grant Goverson of Union Gaming considers that May gross gaming revenue, on a daily basis, showed a ‘sequential improvement of nearly 3 per cent,’ which he attributes to the early May holiday period. The firm also considers that May GGR would have been closer to their estimated MOP18.9 billion if it wasn’t for ‘two fewer weekend days’ when compared to 2015. Analysts at Bloomberg justified the decline on the city government planning stricter rules and regulations for the industry, including raising the entry threshold for gaming promoters and the banning of phone betting early on in the month. The steeper decline in May was ‘partly due to the tightening policies on the industry, especially the recent ban on phone betting,’ Daiwa Capital Markets Hong Kong analyst Jamie Soo stated, according to Bloomberg, adding that the limited revenue improvement of about MOP1 billion from April, despite last month’s Labor Day public holiday, supported his cautious view of Macau casino stocks. Sunny days in June? Union Gaming predicts that for the month of June the city’s operators will register ‘the first growth in two years’ in gross gaming revenues, with an increase of just under 1 per cent to MOP17.5 billion for the month. ‘We currently see no reason that GGR shouldn’t be inline with the daily rate of around MOP580,000 that has been reported in recent non-holiday months. This would result in total GGR of MOP17.5 billion, and would represent the first year-on-year increase in GGR after 24 months of declines,’ note the analysts at Union Gaming. ‘Looking further ahead, we would expect July and August to see mid-single digit declines in GGR before returning to growth in September,’ the analyst firm stated. Much of the estimated increase is based on the opening of Wynn Palace and The Parisian Macao which, according to Union Gaming, have the ‘the most potential to drive incremental play to the market.’ Wynn Palace, with 1,700 hotel rooms is expected to open in late July or early August while Sands China’s 3,000-room The Parisian plans to start operations in September. Attracting high-flyers For Bloomberg, attracting high-spending Mainland Chinese tourists is the most important challenge for the gaming-oriented city, as average spending per person in the first quarter on non-gaming purchases hovered at US$220 (MOP1,760), down almost a third from 2014, while Mainland Chinese visitors still make up about two-thirds of overall visitation, even as the number last year fell for the first time since 2009. Macau’s economy shrank 13.3 per cent in the first quarter, the seventh straight contraction as gambling revenue remained weak, while Moody’s Investors Service last week downgraded the city’s debt rating, reflecting concerns it will continue to suffer volatile growth.