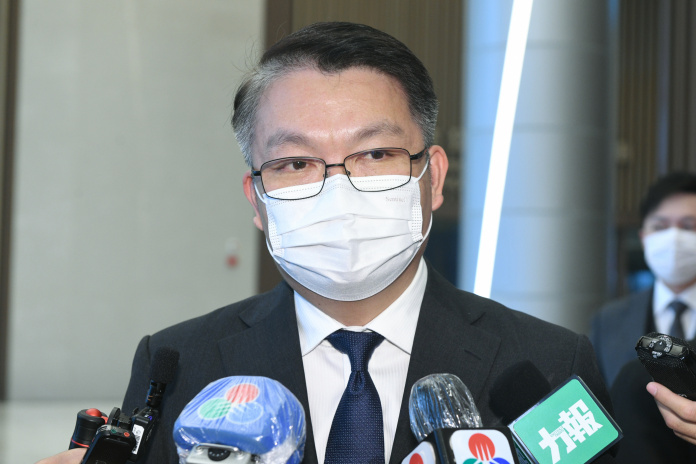 The closure of some VIP rooms and junket operations will undoubtedly impact the local unemployment rate, however, the local gaming sector is still moving towards a “healthy and sustainable development”, Secretary for Economy and Finance Lei Wai Nong said today (Monday).

Secretary Lei made the comments after a Standing Committee for the Coordination of Social Affairs meeting, after which he was inquired on the recent incidents surrounding Suncity and other junket operators.

“The unemployment rate in September, October was 3.8 per cent. The closure of the junkets will certainly have an impact and we will concentrate our efforts in overcoming these difficulties,” Lei noted.

As of noon today, DSAL had received a total of 39 consultations and registrations, with most main complaints related to salary, dismissal compensation and holidays, while 200 people registered for online appointment complaints.

Locally licensed junket operator Sun City Gaming Promotion Company Limited (SCGPCL) announced it has officially been wound up since Friday, following the closure of all its VIP rooms in the city and the high-profile arrest of its boss Alvin Chau Cheok Wa.

Suncity employees were reportedly notified late Friday with no follow-up arrangement announced, with employees yet to receive November salaries since company systems and accounts are frozen under the investigation.

Last week gaming promoter Tak Chun – considered the second largest to operate in Macau – also announced in an internal statement some ‘individual casinos’ will temporarily suspend their cooperation relationship with them, with workers to be dismissed.

The Secretary noted that the Gaming Inspection and Co-ordination Bureau (DICJ) had already established communication with local gaming concessionaires to assess the situation of the impacted workers, with concessionaires said to have already discussed some of the adjustments impacting these workers and how to assure their labour rights are respected.

“Workers in gaming concessionaires will not be impacted due to the VIP room closures since they are directly employed by the gaming operators, such as croupiers, security or supervisors. As for the workers directly employed by the junkets, gaming promoters have to assure their labour rights are respected. Including, drivers and other workers. We will provide help to them,” he noted.

Inquired on the government’s plans for the local gaming sector, Secretary Lei underlined the commitment by authorities towards a “healthy and sustainable” development, with authorities now focusing on increasing investment in infrastructure, and expanding internal demand and the sources of visitors next year, in order to boost the economy and ensure employment for local workers.

“We are currently in a very difficult situation […] if you don’t have confidence how we can make our best and overcome the challenges?”

Inquired on the current works to revise the local gaming law and the proposed timeline for the report on the public consultation carried out, the Secretary only indicated that authorities would finish the report as soon as possible and announce the details for the public tender.

“The current gaming law was created 20 years and did not cover some issues. We will adjust its regulations and hear the opinions of society, including the gaming sector. We are preparing the consultation report and the bill will advance according to the projected timeline. Then we will advance with other works,” he added.

Authorities have 180 days to provide a final report on the public consultation, with a draft bill to then be submitted to the Legislative Assembly for evaluation.