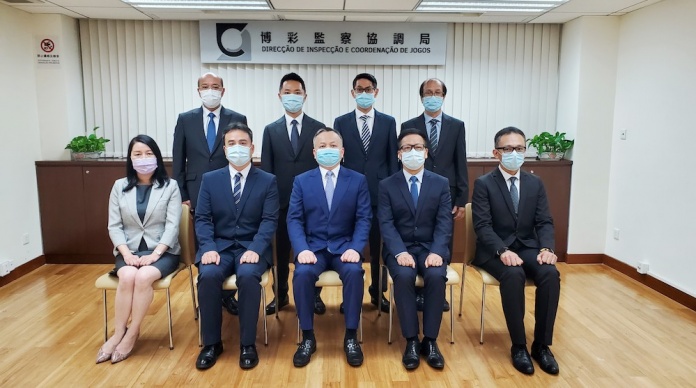 Gaming Inspection and Co-ordination Bureau (DICJ) Director, Adriano Ho, indicated that the restructuring in the department’s operations will increase its law enforcement capacity, strengthen the application of information technologies in the sector’s inspection and help improve the gaming sector’s legal system.

The department underwent a restructuring since June 22, creating one more sub-director post, two departments and twelve divisions, with a swearing-in ceremony for the new officials held today.

As with other DICJ events held since Ho became Director in 2020, the event was not open to the media.

In a statement issued after the ceremony, Ho is quoted as saying that the restructure will improve the internal management of the departments, increasing work performance and law enforcement capacity, and keeping its focus on ‘defending the security and interests of the country and the Macau SAR’.

A bylaw on the Organisation and Operations of the DICJ enforced in June increased the maximum cap of personnel at the bureau from 192 to 459, including a double in the number of inspectors from 159 to 324.

DICJ inspectors, according to local laws, are stationed at 41 casinos in the SAR to monitor the operations around the clock, and immediately report to the relevant government departments if they have found any suspicious or criminal activities.

The rejig, updating the organisational structure of the watchdog dated 2003 and its personnel scale dated 2010, will also increase the number of deputy directors at the bureau from one to two, the tally of department chiefs from four to six, and the total of division chiefs from four to 13.

Analysts previously told Macau News Agency (MNA) that the rejig could help resolve the shortage of inspectors that have plagued the watchdog for years, as well as consolidate the authorities’ grip over the gaming industry.

The department’s main task at hand at this moment is preparations for the new round of public tender for gaming licenses as the city’s six concessions and sub-concessions will expire by June 2022.

September 27, 2021
Broadway on Sunday finally honored its best and brightest at the Tony Awards, more than...