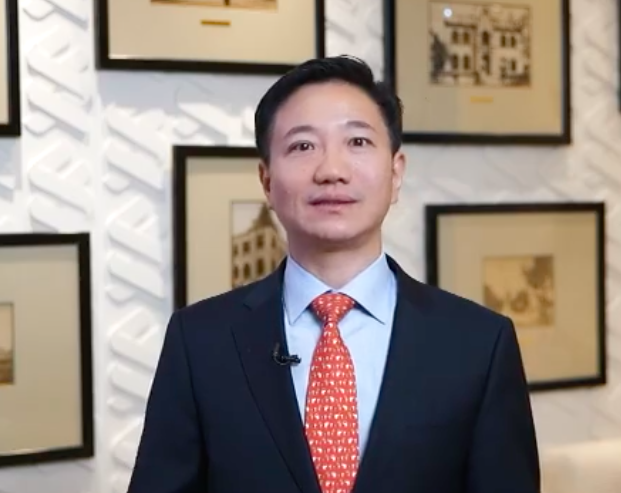 Since the Guangdong-Hong Kong-Macao Greater Bay Area (GBA) is at the forefront of China’s reform and opening up, the Standard Chartered established its GBA center, aiming to use its advantages better and make contributions to the area’s financing sector, said Anthony Lin, Chief Executive Officer of the Greater Bay Area, Standard Chartered Bank, in an exclusive interview with GDToday.

According to Anthony Lin, currently, Standard Chartered has around 90 branches in 6 GBA cities including Guangzhou, Shenzhen, Zhuhai, Foshan, Hong Kong, and Macao, and the number of its GBA center’s employees will exceed 1,600 by the end of 2023.

“We would like to seize the opportunity of China’s opening up, such as the newly-released Qianhai and Hengqin plans, and make use of our network advantages and financial expertise, to better support GBA’s economic opening up and high-quality development,” said Anthony.

A sweet spot for the innovation of modern service industries

In Anthony’s eyes, the GBA enjoys strong policy support. Last September, China issued an official plan to develop the Qianhai Shenzhen-Hong Kong Modern Service Industry Cooperation Zone. According to the plan, Qianhai will advance the development of the modern service industry and optimize its mechanisms for sci-tech development.

The region includes Hong Kong and Macao, which can link with the rest world. Moreover, GBA has laid a solid foundation in the sector, with a strong economy, innovation power, and advanced engagement with international financial businesses.

“I believe the completion of this lab will help Standard Chartered to better support financial opening and innovation, financial market interconnection in the area,” said Anthony.

Moreover, as one of the first banks providing services under the Wealth Management Connect pilot scheme, Standard Chartered has launched over 100 investment products on the first day of operation.

The bank’s Southbound investment services, which are only for Chinese mainland investors, are very popular in Guangzhou, Shenzhen, and other areas in the GBA. By the end of 2021, the number of Southbound accounts opened by Standard Chartered ranked among the best of all foreign banks.